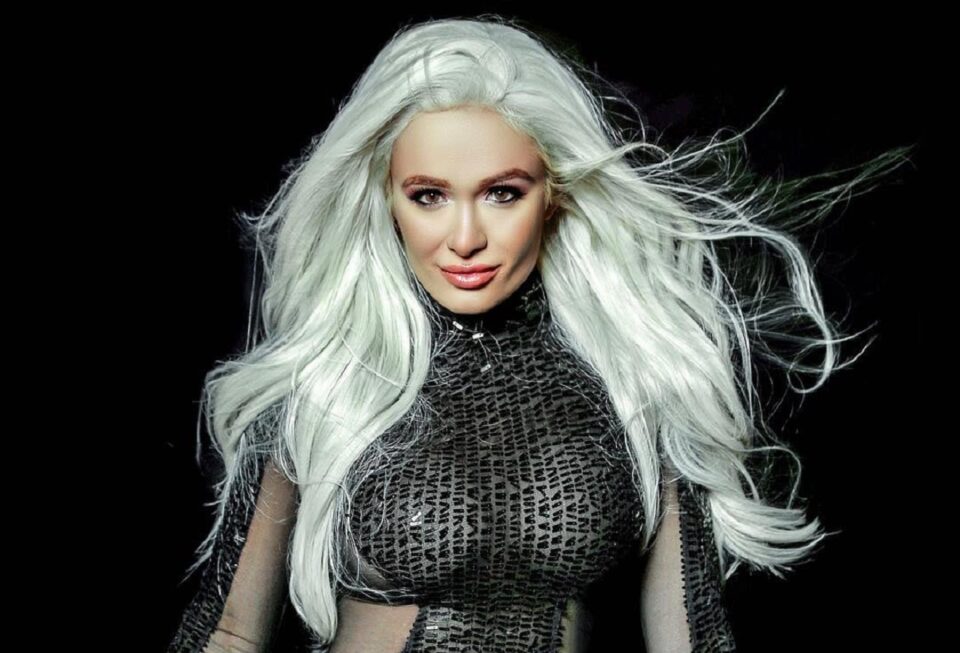 Not many couples choose a unique wedding setting where they say their “I-do’s” in the freezing tundra. But Killer Kross and Scarlett Bordeaux are far from being conventional as they recently got married atop an Alaskan glacier. Here’s what went down!

Romances can go cold from time to time, but for this wrestling couple, the cold is exactly what they picked to heat up their love! Congratulations were due to Killer Kross and Scarlett Bordeaux, who just a few days ago made wrestling fans go wild with their Alaskan celebration!

The groom uploaded footage of his and Bordeaux’s wedding to his official YouTube channel which was timed at over six minutes in length. The clip Killer Kross attached came with the following caption from the duo:

“Hello Everyone, Elizabeth and I have recently eloped- we’re married! We flew to Alaska, hopped on a helicopter and flew to a glacier for a very private ceremony (then wrestled the next day, naturally). We initially weren’t going to share this footage but after further discussing it; we’d actually like to do so and say thank you so much for all the support we get from you all. Whether you’re a fan, friend or family- you have all participated in bringing joy into our lives. Sincerely, Kevin & Elizabeth”.

When did Killer Kross and Scarlett Bordeaux get engaged?

Both Bordeaux and Kross announced their engagement in September 2021.

When did Killer Kross and Scarlett Bordeaux get married?

As of April 21, 2022, there is still no word on the exact date of Killer Kross and Scarlett Bordeaux’s wedding, though the couple were in Alaska for a WrestlePro show on 9 April, on which Scarlett Bordeaux’s husband worked babyface against independent veteran Dan Maff. Since their elopement after hopping onto a helicopter, Kross and Bordeaux have returned to the independent scene having been released by the market leaders in November 2021 following the expiration of their 90-day WWE non-compete clauses.

Who is Scarlett Bordeaux? Where is she from?

A professional fighter Scarlett Bordeaux became famous after she signed with WWE. Her real name is Elizabeth Chihaia, she was born in Chicago, Illinois on May 13, 1991. Her parents are of Romanian nationality, and a few months after she was born, they took her to Romania where she was raised by her grandparents until she was 4 years old. When she returned to the United States, she barely knew how to speak the language. But after spending her adolescence in a musical art institute, she decided to start a career in professional wrestling.

When did Scarlett Bordeaux debut as a wrestler?

Scarlett Bordeaux debuted in 2012 as a professional, in an American wrestling promotion called Chikara. Since then, many experts saw the great potential and charisma that this Romanian-American had and predicted a bright future for her in this industry. This is how Scarlett Bordeaux premiered as a wrestler. Since then the blonde bombshell’s career grew in an incredible way wherein Elizabeth Chihaia reached a point in her career where she had almost reached the top of the mountain. After going through the Ohio Valley Wrestling company, winning the women’s title, the Romanian blonde bombshell signed a contract with Ring of Honor. Her stay in this company lasted 5 years since in 2017 she decided to leave for unknown reasons.

In 2014, and under her new stage name Scarlett Bordeaux, Elizabeth Chihaia signed with Impact Wrestling. Since then Elizabeth Chihaia’s talent has attracted a lot of attention and her character was very loved by the public. What Scarlett played was a sexy, beautiful, and confident fighter, who was known for defending the freedom of women to feel as they wish, especially in the field of professional wrestling. She called herself “The Smokeshow” Scarlett Bordeaux which made her become well known in this industry using this character. After leaving Impact Wrestling, she spent time in AAA. But a few months after that it was rumored that she signed with WWE. However, it became official on the WWE NXT Instagram account.

When did Scarlett Bordeaux leave WWE? And why?

After it became official on the WWE NXT Instagram account, Scarlett Bordeaux made small appearances in some weekly WWE shows. It is difficult to realize the moments when she was present in Vince McMahon’s company, but we can remember a few. In 2014, more precisely on June 1, Scarlett made an appearance as a member of Adam Rose’s party animals, called ¨The Rosebuds¨, those who danced with Rose when he made his entrance. She also made an appearance in the same way on WWE Live in 2016. However, the most important appearance of Scarlett Bordeaux in WWE was in December of that same year when she made her WWE in-ring debut on December 26, right in her hometown of Chicago. Her opponent was Nia Jax, and she destroyed her in a squash match to take the victory. We wish Scarlett Bordeaux the best of luck in Vince McMahon’s company. Scarlett Bordeaux first superstar of Romanian roots to step on WWE and ultimately leave it on November 4, 2021, after she was released by WWE along with her now-husband Karrion as part of the seventh round of layoffs, due to the COVID-19 pandemic.

Why was Karrion Kross fired from WWE?

At the time of Karrion Kross in the main cast of WWE, he encountered a strange change in his character, without the presence of his fiancee Scarlett and a mask that nobody understood. Little by little all the fans of WWE were getting used to seeing the former NXT Champion making his entrance with a mask, which the wrestler would then reveal to explain that he confirmed that there are future plans in that sense. Just when we thought the situation was a little calmer in WWE, where finances had taken a rebound and shows were returning to normal, a new wave of layoffs hit the company following the Covid 19 pandemic.

First, Scarlett was released from her contract with WWE. The blonde NXT Superstar was Karrion Kross’s sidekick during his time at the yellow mark and had a couple of test matches in the main cast, but after Kross’s decision on going to Raw, Scarlett was never seen on television again because she was fired from WWE NXT in 2021. In fact, minutes later, the firing of Karrion Kross was confirmed, in another surprise event.

Kross hadn’t wrestled since last September 27 when he defeated Jaxson Ryker, although he did appear in some promo later, but twitter went crazy with the words: “Karrion Kross has been fired by WWE”. And thus ended a career for Kross in WWE, who although he won the NXT Championship twice and had a dominant aura there, he did not have the same luck on Raw from the moment of its debut without pain or glory.

Despite Karrion Kross and Scarlett’s recent release from WWE, Karrion Kross and Scarlett Bordeaux have no desire to return to IMPACT Wrestling. They recently participated in a virtual signing with K&S WrestleFest for a virtual signing and answered fan questions during the event. When asked if the two could return to IMPACT Wrestling in 2022, Scarlett immediately shot him down, saying: “We are not going back there. We are not going back there. Do not.”

When asked why they wouldn’t be returning to IMPACT, Scarlett didn’t elaborate, saying:”No, thanks for asking.”

While Karrion Kross didn’t answer the question, it seems very clear that they were both on the same page.

Why did Scarlett Bordeaux think she would go to AEW?

Before signing with WWE, since having a successful run in Impact Wrestling and hitting the free agent market, Scarlett Bordeaux and Killer Kross had options on where they would end up next. The pair ended up signing with WWE in February 2020, where Scarlett’s name was shortened and Kross’ name changed to Karrion Kross. Scarlett stated during a recent virtual signing with ‘Signed By Superstars’ that before WWE contacted them, they thought they were going to land on AEW.

“There were some companies that we were talking to just before WWE came along. We think that AEW would be the one. But after a chat with Hunter, we thought, ‘Nope. WWE is the place.’”

When Scarlett was also asked about a possible NXT return, she said she would be back for six months, but she’s having too much fun right now. She pointed out that she would prefer to do everything that she has planned. But since this article should celebrate their unique wedding and new future, we must conclude with a hearty congratulations to the happy couple!