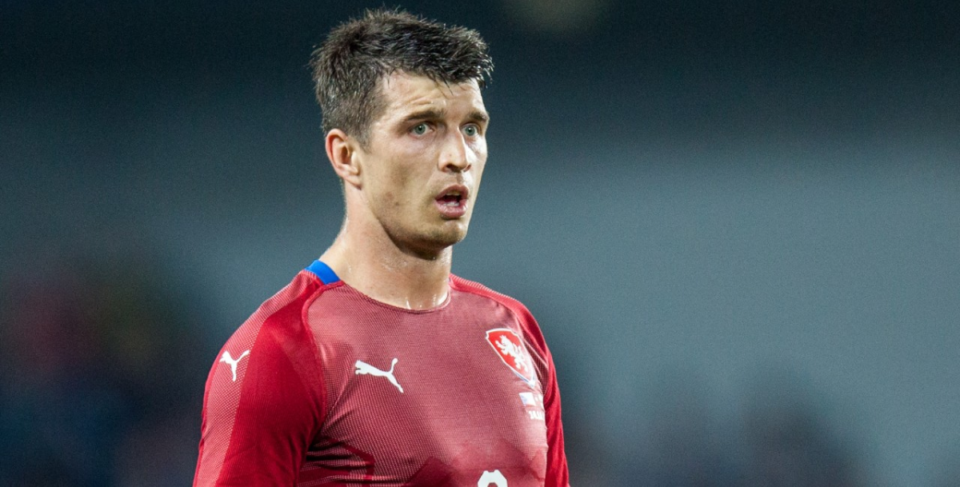 The defender of Slavia Prague Ondrej Kudela transferred to the club Persija Jakarta. Together with him, Jan Klíma was also hired to work as a goalkeeper coach. However, the traces of Czech football in Indonesia are already almost sixty years old and local fans fondly reminisce about their big Czech stars. In this post, we will look at Ondrej Kudela and the impact of other Czech footballers on the football landscape of Indonesia. Let’s get started.

Who was the first real Czech star of Indonesian football?

At the end of 1963, the Dukla Praha team went east. During their tour, they played seven matches, winning all of them and achieving a total score of 42-4. In addition to representing Cambodia and the selected team of Burma, Dukla also defeated the selection of North Sumatra 4:1 in Medan and defeated the Indonesian national team 5:1 and 12:1 in Jakarta and Semarang.

One of the pillars of the team was the legendary Josef Masopust, who was also behind another football venture in Indonesia. In 1976, the team of Zbrojovka Brno headed to the country under the equator to take part in a tournament with the participation of the Olympians of the Soviet Union, Hajduk Split and the national team of Indonesia.

Some players were willing to sacrifice a lot for an attractive tour. Midfielder Karel Jarusek was supposed to undergo an operation with a broken hand, but he postponed it due to a unique opportunity, so he played his league matches in style – take off the plaster, bandage it and put it back on after the match. He did not get rid of the bandage until the end of his football career. For most of the players, it was their first flight in a Boeing 747 and also their first experience with a tropical climate.

How did the Czech players react to the Indonesian heat?

According to the instructions of coach Masopust, they had already prepared for the climatic conditions there in advance, trained sometimes in the overheated gym and also went to the sauna. Nevertheless, they were surprised by the tropical heat that fell on them already at the airport. “You couldn’t breathe, and you hadn’t even started to move yet. Drinking was forbidden during matches, so we secretly went to the bathroom. Some guys took turns on purpose so they could go to the locker room, where they drank so much that there wasn’t much left for those who finished the match,” recalls one of Zbrojovka’s former Czech players, Karel Vecera.

Both teams entered the pitch in the dark, suddenly the lights came on and the Czechs saw a hundred thousand people in the stands. “After the game we felt like after the rain. The boots were soaked, as if we were playing in water,” remembers Rostislav Vaclavícek, who showed his determination in Asia. “I stopped their best player with my signature slide. He went somersaulting, then off the pitch, and people didn’t like it very much.

The ball ran, the players grabbed each other, Pepa Hron held on with the goalkeeper, who was the smallest player on the pitch. And after the match, the people in the corridors started to rage again, so the police came in, guarded us in the middle of the field and cleared the stands. Within five minutes, the entire stadium was empty, I don’t know how those people managed it.” The first match was played in Jakarta, and the stronger Zbrojovka defeated the Indonesian national team 2:1. His victory, this time 5:0, she repeated in the final match of the tournament. Of the entire team, the home fans knew Josef Masopust the most, and it was this Czech football icon who returned to Indonesia.

What issues did Czech coaches face with Indonesian culture?

In the years 1988 – 91, Masopust took over the local under-21 national team. He was given a free hand as a coach, so assistant Milan Boksa and masseur Karel Pelech also flew in with him. They were supposed to pick the best team at tournaments across the country. In terms of movement, the young Indonesian footballers were extraordinarily gifted. Ambitious players, thanks to their training efforts, were able to defeat even the first league teams there, the weak point was the tactics, where the ball fell, everyone ran there. A hard-to-overcome handicap was short stature and also, as Josef Masopust confided to the author of this text, the loss of physical fitness during the Islamic fasting month of Ramadan, when the players did not touch food from sunrise to sunset. Even the Czech coach, who visited Nymburk with his team for a two-week training session, failed to negotiate an exception to this rule.

The work of another Czech coach, Miroslav Janů, ended sadly. The former first league player spent seven years in Indonesia on and off. As a coach, he led the clubs PSM Makassar, Arema Indonesia, and Persebaya Surabaya. In 2013, he accidentally fell in the bathroom and died in a hospital in Surabaya.

In the nineties, Karel Poborský achieved enormous popularity in Indonesia, becoming literally synonymous with the Czech Republic. After the end of his active career, local fans were able to meet this player, known for his refined technique, mainly thanks to Jindřich Soukal and the Czech diving resort Relax Bali. The highlight of their activities was a friendly match between Czech team 96 and FC Bali United. The Czech national team won 3:1 when Pavel Kuka scored two goals and one was added by the Indonesian representative Made Wirahadi, who completed the visiting team. Karel Poborský praised the performance of the home team at the post-match conference: “They played really high-quality football and I have to admit that the potential here is certainly huge. “

Part of the Bali program of the Czech footballers was motivational training for students of the University of Denpasar as well as an introduction to freediving and diving to the Relax Bali wreck, which is located near the Relax Bali resort as an educational and ecological project watching how the ocean gradually creates a new coral reef full of underwater life. The dive to a respectable depth of 25 meters was managed by Karel Poborský, Pavel Kuka, Tomáš Ujfaluši and František Straka.

In 2019, Poborsky became the central figure of a weekend football school in Jakarta aimed at supporting talents and promoting football. 1358 small Indonesian football players participated in the event organized by Home Credit Indonesia.

Why did Ondrej Kudela get a 10-match ban?

The incident took place during a Europa League match at Ibrox where Ondrej Kudela was heard shouting the racial slur “f***ing monkey” at the Rangers midfielder Glen Kamara. The Finnish midfielder’s parents migrated from Sierra Leone.

What did Ondrej Kudela say in his apology?

Even though Ondrej Kudela formally apologized for the incident, his apology was more focused on expressing regrets over approaching Kamara. He said: “I realise that it was a mistake to go to Glen Kamara at all and tell him anything. There were emotions in the match and unfortunately I can’t take it back now. I’m so sorry.” Ondrej Kudela also said that he didn’t racially abuse Glen Kamara and just called him “guy” while covering his mouth. The 10 game suspension for Ondrej Kudela was put in place after Glen Kamara reported the racial slur to UEFA. Kamara also went on to attack Ondrej Kudela in the tunnel and was handed his own three match ban. Both players were spared of any criminal charges for the incident.

What did Ondrej Kudela say in his closing statement?

Here is what Ondrej Kudela said in his statement: “I am glad that this line of the story is over. The whole case has been going on for a long time, but I just want to focus on football. I would like to close it definitively, so after long deliberation and agreement with the club, I told my lawyers to stop the ongoing international sports arbitration.”

What did Glen Kamara’s lawyer say about the incident with Ondrej Kudela?

Glen Kamara’s lawyer issued this statement via Twitter: “The Crown advised my client that they believed there ‘was sufficient admissible evidence to warrant a prosecution against Mr. Kudela, but he would have faced summary court proceedings & extradition was not a viable option for the Scottish authorities. My client is happy the matter is at an end. Racism should have no hiding place in football and he’s deeply grateful to his teammates, club and fans from across the football world for their support.” Let’s hope Ondrej Kudela learned his lesson from all this.

What did the President of the Czech Republic say about Ondrej Kudela’s ban?

President’s Office chancellor Vratislav Mynar spoke about how Czech President Milos Zeman considers it “important not only from the sports point of view but also from the point of view of justice and human dignity. He has expressed his sympathy to all citizens of the Czech Republic who follow this case and are disappointed by it. At the same time, he wishes all players and fans not to be discouraged by this affair and supports them in their efforts to root for their team open-heartedly.”The Chancellor went on to talk about how the 10 match ban given to Ondrej Kudela was extreme and players who did worse, got away with shorter bans. He said: “A lot has happened in the aforementioned match. SK Slavia Prague played a fair, high quality match, and dominated the game. The opponent’s response was a deceitful game full of fouls, one of which ended in a serious injury of Slavia’s goalkeeper Ondrej Kolar (he suffered a skull fracture)”. Apparently, the Slavia Prague players were attacked in the tunnel as well.