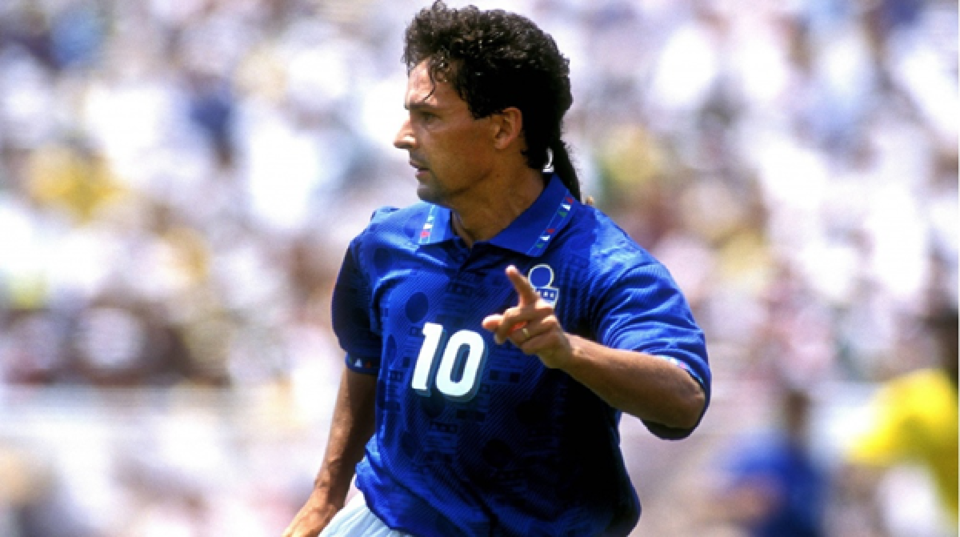 Of all the players one can name when one thinks of Italian footballers, Roberto Baggio comes to mind. Nicknamed The Divine Ponytail, he has had a career rich in emotions and awards. Here’s a look back at his football career, in its purest form, through one of the most elegant number 10s in history.

“When I was little, I dreamed of playing football, of becoming a footballer, and my only goal was to entertain people. Number ten is the one that amuses people the most. This does not mean that the other positions are not important, on the contrary. But when you have the number ten on your shoulders, you know that the supporter will expect more from you than from another. And that’s okay. Otherwise, you would wear another number.” – Roberto Baggio once stated.

2. Trained in Vicenza, the young Roberto begins at age 15!

From a Catholic family in the province of Vicenza, the young Roberto quickly abandoned the path of cycling which seemed promised to him and his siblings. His brother Eddy takes the same direction: that of football.

Roberto is an absolute fan of Zico, a Brazilian legend who also marked the history of football. Quickly, school takes second place to football and religion. By virtue of playing wherever there is room, he is spotted: his speed and his ease with the ball make him a boy steeped in talent.

Although his sisters push him to continue his studies until the end, he gives up two months before finishing them to join the local football club, Vicenza Calcio. It was 1982 and the future icon of Italian football was 15 years old. Two years of Serie C later, 17-year-old Roberto Baggio carries his team on his shoulders by scoring twelve goals in 29 games. Beyond the goals, his unpredictable movements and his millimetre vision of the game make life easier for his team, which helped him obtain the promotion of his team in Serie B for his last season at the club. This done, Roberto Baggio is then recruited by a club of which he quickly becomes the symbol.

3. This precocious talent will climb the ladder at a great speed:

He leaves the Vicenza Calcio club to defend the colors of Fiorentina. He played his first match on September 21, 1986, in the 2-0 victory of La Viola over La Samp’. His very first goal, that of a long series, however, comes long after. He scored from a free kick in the 1986–87 season, against Napoli’s Diego Maradona himself. Talent does not wait for a number of years, Hurricane Baggio devastates everything in its path, to the point of being called up to the Italian selection at only 21 years old. He led Fiorentina to the UEFA Cup final in 1990 but lost to Juventus Turin. The next day, the Italian strategist signed in favour of Juventus which FUN FACT, is called The Old Lady. It was then the beginning of a great adventure at the dawn of the 90s.

A championship, an Italian Cup, a UEFA Cup, a captain’s armband, a Golden Ball obtained and the title of best World Player of the Year by FIFA obtained in 1993. His time at Juventus will be remembered in Italian football. On average, over his first four seasons at the club, he scored more than 30 goals. His 1993 UEFA Cup record is incredible: 3 pawns planted against PSG in the semi-finals and 2 scored in the final against Dortmund. That same season, he even scored a quadruple against Udinese.

5. Jumping to AC Milan and then to Brescia:

Despite his success, he left Juventus for AC Milan, much to the chagrin of the fans. Baggio won a second consecutive Scudetto Award, but the results were disappointing both in Italy and on the European stage. Handicapped by injuries, he left the Lombard club for the Bologna team. Backed by a full 1997-1998 season, with a personal best of 23 goals and qualification for the UEFA Cup, this pure talent returned to a club of higher standing by signing for Inter Milan. But the native of Caldogno then struggled to find a starting place. The duo Ronaldo – Vieri stands in his way and a falling out with his coach at the time, Marcello Lippi, gives him a place on the bench. Tired of this status as a simple substitute, the darling of Calcio packed his bags and flew to Brescia.

At Brescia, Baggio spent his last four seasons as a player there, with a 200th goal in Serie A and a stay in the top flight with 45 goals in 95 league games. On May 16, 2004, five minutes from the end of the AC Milan-Brescia match (4 goals to 2), he left the field for the last time (kissing his one-night opponent friend Paolo Maldini in tears). San Siro offers him an endless standing ovation by way of farewell.

With the Italian team (56 caps and 27 goals), he participated in three World Cups: in 1990, 1994 and 1998, scoring 9 goals in all competitions. Semi-finalist in 1990, he is at the top of his game four years later. A World Cup finalist in 1994, he is best known for missing the decisive shot on goal in the final against Brazilian goalkeeper Taffarel in Pasadena, after leading the Italian team to the final with five goals.

Hit in the thigh in the semi-final against Bulgaria, exhausted by the intensity of the competition and 120 grueling minutes against Brazil in the final, his penalty flew into the sky of the Rose Bowl. The image of the Italian number 10, head bowed, hands on hips, is part of World Cup legend and football history.

Baggio’s tears in the arms of Franco Baresi immortalize at this time all the suffering of failing so close to his childhood dream and that of the Italian people. During his third and last World Cup, that of 1998 organized in France, he was very close to scoring the golden goal in the quarter-finals against Fabien Barthez.

The rest of the story, we know it. Despite his successful penalty, Italy will once again be beaten on penalties. An unwitting source of inspiration for future generations. Roberto Baggio was this complete player, a football magician whose technique and talent made him iconic. Probably the most beloved and popular – was his time playing for the Italy national football team.

For football fans around the world, Roberto Baggio remains the magic of the best Italian player for his late 20th century fans.

Other Interesting Facts About Roberto Baggio: