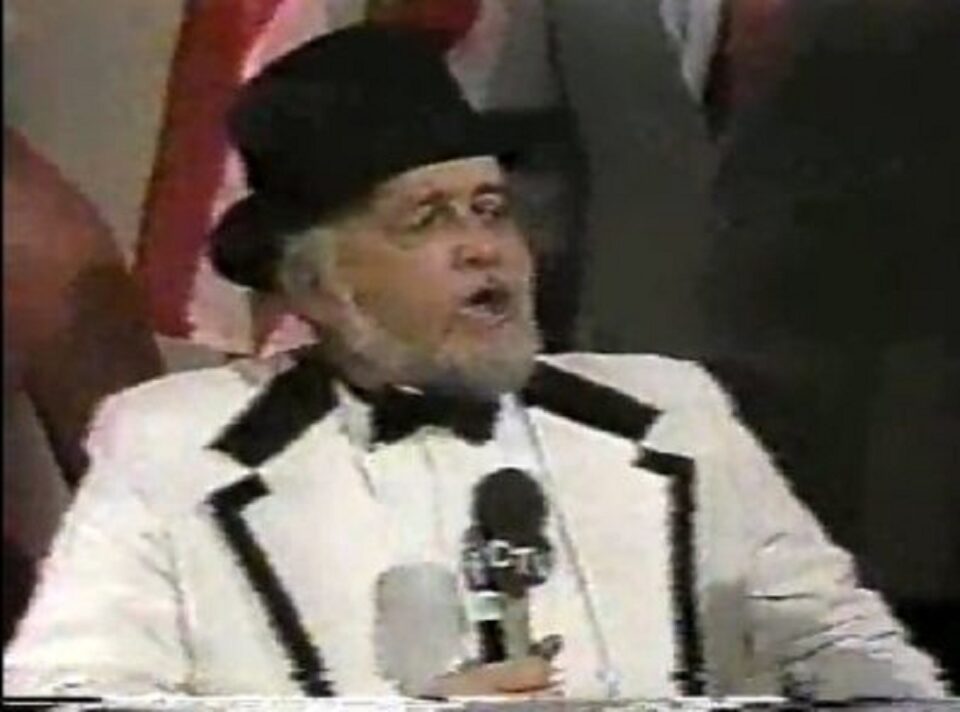 Ron Wright Was A Wrestling Legend From The 1950s, A Tennessee Miracle!

The pro wrestler came into this world in Rogersville, Tennessee, United States.

Ron Wright began wrestling in 1956 with his real-life friend and future wrestling opponent Whitey Caldwell, as well as his brother Don Wright, following an amateur start at the Kingsport Boys Club. Ron Wright and Caldwell soon caught the attention of Kingsport NWA promoter Mickey Baarnes as well as outlaw Buddy Russels for whom they made their debut on January 21, 1956.

Both debuted as teenagers with a younger Ron Wright working primarily as a referee for Baarnes while the older Caldwell quickly made a name for himself as a wrestler. Ron Wright gained a reputation for being a heel wrestler. Then in 1961 Caldwell was seriously and legitimately injured (putting him out of commission for a year) he was by then a very popular babyface wrestling and television champion.

By the late 1970s, Ron Wright had moved primarily into an on-screen management role while becoming a secret off-screen owner of his home turf (the Kingsport, Bristol, and Johnson City region of Tennessee, that is). i.e. the Tri-City area, part of the future Southeast Championship Wrestling territory).

His ability to generate heat was so great that fans legitimately shot him three times and also slashed him with a razor, resulting in a wound requiring 160 stitches. He also had his personal plane burned by unknown persons, possibly wrestling fans (Wright himself believed the plane was burned to cover up the theft of expensive parts).  Wright noted, with regret, that he had caused four or five older viewers to have heart attacks by his antics.

Ron Wright’s life was dedicated to his wife and kids:

Ron Wright was married to Teresa Wright. He raced go-karts that he built like an avid mechanic, with his children. Ron Wright worked as a journalist alongside his wrestling career and during breaks. Despite earning a substantial living as a wrestler, Ron kept his job in order to have benefits for his children in case of injury. Ron gave back and was well known for his charity work in Kingsport.

Ron Wright was the most hated heel in his turf (an area where fight promoters and wrestlers operated) for almost three decades, engaging in extremely physical, violent, and bloody matches, often with his brother Don Wright mostly as part of a tag team. His best known and most frequent opponent was Caldwell, whom he tried to provoke into genuine anger in order to improve his fighting. He was known not only for being an infamous cheat and bully, but also for his ability to speak, both as a wrestler and as a manager, in a style based on local preachers. Despite most wrestling as a heel, he nonetheless appeared as a face in a tribute match for Whitey Caldwell after his friend’s death at the hands of a drunk driver in 1973.

As an active wrestler, Ron Wright used weapons including a custom-made dagger with a blade to legitimately cut his opponents in the ring and cause them to bleed profusely. He called this his “chisel”. Facing a violent assault from Wright, a frightened young rookie Kevin Sullivan in what he believed to be self-defense attempted to knock Wright out in the ring with a chain to which the veteran Wright responded with laughter and congratulations. He is also known for wearing a loaded boot, which wrestlers such as Tony Anthony, The Grappler, Tom Prichard and Raven would wear in later years.

As a manager, Ron Wright pretended to have a heart condition and implored fans not to distress him with loud sounds that would cause them to make as much noise as possible, hoping to give him a heart attack.

As the manager of Continental Championship Wrestling, Wright would also illegally interfere in matches by handing over weapons on heels, distracting the referee, or physically hindering or assaulting opponents. Next, as a manager at Smoky Mountain Wrestling (managed by Jim Cornette), a still relatively young (in his mid-50s) Ron Wright would further develop his character and show up in a wheelchair claiming he needed to find a wrestler. (eventually mainly Dirty White Boy, but with the help of other heels) to manage, in order to earn enough money for heart and hip operations, while continuing his illegal activities in the ring much to the ire of commissioner Bob Armstrong and the manager of Jim Cornette heels.

Prior to his death, his later career as a manager saw Ron Wright define himself as a “scientific” and “Christian” wrestler, which would mean a face in 1980s wrestling terminology, and would claim to have never hurt an opponent despite being widely known by generations of audiences. as one of the most violent, nefarious, and tricky heels during his days as an active wrestler, especially in light of Whitely Caldwell’s first real injury.

Speaking of his life as an active wrestler, there aren’t too many photos of Ron Wright without blood. He didn’t intentionally hit a gusher in his forehead with the tip of a razor blade, but rather with a much bigger weapon, in a far more violent fashion.

The legendary Tennessee heel was remembered by Rick Connors, a Ron Wright trainee:

“We used to have those Brass Knuckles fights down here,” recalled. “We’d bleed profusely. I mean, I ain’t talking about razor blades. We had those filed-down knucks, it’s like a pair of brass knuckles — I’ve got one pair left here — with a giant blade, about one inch blade, it’s about an eighth of an inch high, and it would go plum to the skull. We really believed in authenticity back then. If you’d seen some of those matches down here, around Tennessee, those days, when you left, you knew it was real. Plus we did hardway, guys got black eyes, bloody noses. It was real.”

Then the former announcer for Smoky Mountain Wrestling, in The Pro Wrestling Hall of Fame: The Heels, a Mr Scott Spangler, a.k.a. Brian Matthews said:

“Ron Wright is, was, and will always be the king of the East Tennessee hillbillies,” You won’t get much argument from Wright. “I was pretty hated and I guess I still am,” he said during his induction into the Knoxville, Tenn., Hall of Fame. “Looking back, it probably is deserved. I was pretty raunchy.”

Denzel Dumfries: The Meteoric Rise Of The Dutch Football Star