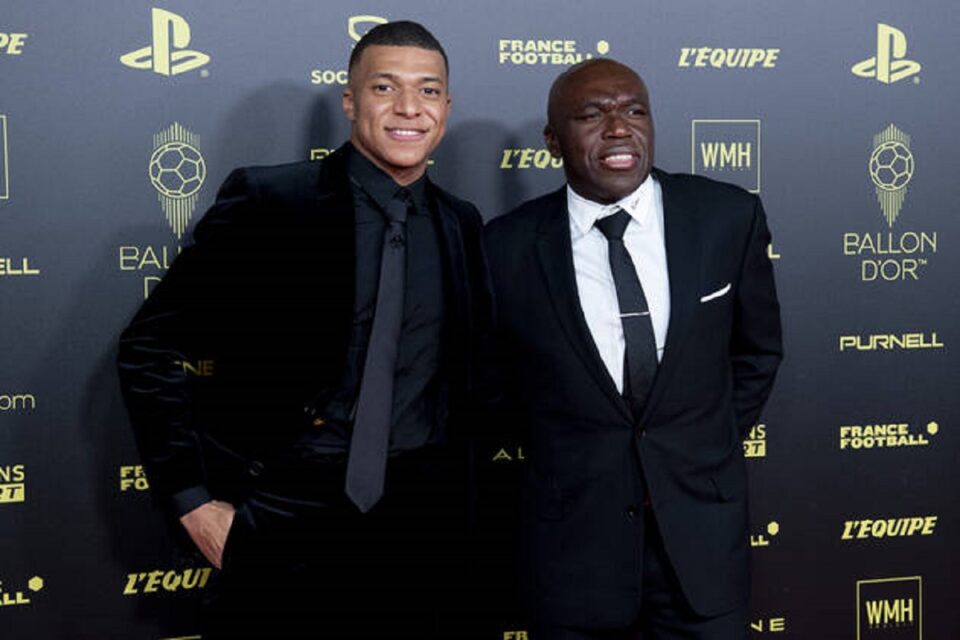 Kylian Mbappé is the most publicized player of the moment. The long soap opera that announced Kylian Mbappé to Real Madrid and then to Paris Saint-Germain finally ended, with a taste of unfinished business, a bitter taste for those who hoped to see him evolve within the “best club in the world”, and fatefully ending up favoring the staggering sums of the Qataris of PSG. The whole planet has been following the adventures of this 23-year-old phenomenon who was crowned French champion with AS Monaco when he had not even been 19 years old yet. Did his father Wilfried Mbappe see all this coming? Let’s look at his quotes and press statements!

Wilfried Mbappe: How The Father Of Kylian Mbappé Helped Raise The Star!

Who is Kylian Mbappe?

Kylian Mbappé broke all precocity records, as the youngest champion in France. He is also the second youngest world champion after the living Brazilian legend Pelé. At under 24, Kylian Mbappé is the most expensive player in the world. But how was Kylian Mbappe raised? What was his early life like? Let’s discover this together.

Kylian Mbappe is the son of Wilfrid Mbappé Lottin. Born in Douala, Cameroon, Kylian’s father is a former regional level footballer. Furthermore, Wilfrid Mbappé was asked what he could advise parents who believe their children are the ‘future Mbappé’. The latter explains that he was helped by his own profession as an educator. With a certain knowledge of the world of football it was easier to advise his children according to him. However, not everyone can go about it the same way as Kylian’s successful start to his career.

Before his son was a valuable footballer, Wilfried became the coach of young children at the Sports Association of Bondy, a suburb located northeast of Paris. It is within this neighborhood team that Kylian Mbappé made his debut at the age of 5. Kylian Mbappé was able to evolve there until 2011 under the supervision of his father.

It is after his experience till 2022, that the gifted youngster will leave AS Bondy for the Clairefontaine training center. It is perhaps thanks to this Bondy club that Wilfrid Mbappé Lottin met Fayza Lamari, Kylian’s mother.

“People mix everything up”:

Wilfrid Mbappé, Kylian’s father, stated during an interview with L’Equipe about the start of his son’s career and the choices that were made. For Wilfrid Mbappé, “people mix everything up” regarding Kylian’s transfer.

Wilfrid Mbappé returned to various points in his career as an educator. In addition, the latter also spoke about the birth of the career of Kylian, one of his sons. He does not understand that people do not accept that the parents of young players receive commissions when their child finds a contract with a professional club. And concerning Kylian Mbappé, the same people who criticize the contracts given to young players are not private.

“But people mix everything up,” stated an annoyed Wilfrid Mbappé. When the newspapers spoke of a transfer of 180 million for Kylian (from Monaco to PSG, in 2017), many believed that Wilfrid had received this sum and not the club. “The important thing is that the project is that of the child, not the parents”, he continued.

“The problem is multiple,” he explained in an interview with L’Équipe. It’s not normal for a child to have an agent at 12. When we start to take an interest in little ones of 9 or 10 years old, how do you expect the parent to keep a cool head? How far are we going to go? In the maternity ward, because the baby’s father is a super player? It is also not normal for a parent to stop working or become an agent because he has a little one with talent. But in this context, one can understand that if promises are made and not kept, the parents lose their temper. Before, they just negotiated with the help of the manager of the training club. But today, this manager sometimes becomes an agent himself, or a recruiter”.

In addition to Kylian, Wilfrid Mbappé must also manage the career of Ethan, his other son. “For Kylian, nothing was planned. He would have said to me: “I don’t want to play football anymore”, I would have said to him: “Well, you’re going to do something else”. For him, it was first and foremost a passion. It’s not normal for a 10-year-old to say to me, “I want to earn as much money as Kylian”. It is mainly social media that puts these things into children’s heads. We did a Kylian Mbappé because we weren’t looking to do a Kylian Mbappé”, stated his father.

“I stopped a year before Kylian arrived in Paris (at PSG, in August 2017). I no longer recognized myself in what it was becoming“, also underlined the father of the world champion, before addressing parents who think they have “the future Kylian Mbappé” at home: “This sentence should not be taken literally. In my time, we said “the future Zizou”. Football, everyone thinks they know it, but me, it’s my job and sport is my wife’s. I wasn’t a butcher and she was a baker, arriving one day saying that we had a pretty good kid we were going to make a champion of. If Kylian had played the flute, I would have been there as a father, but to talk about music, I would have taken someone who knows about it. Afterwards, we often confuse ambitions. The important thing is that the project is that of the child, not of the parents. For Kylian, there was nothing planned. He would have said to me: “I don’t want to play football anymore”, I would have said to him: “Well, you’re going to do something else”. For him, it was first and foremost a passion.It’s not normal for a 10-year-old to tell me: “I want to earn as much money as Kylian”. It is that the entourage or the social networks have put it in his head. We did a Kylian Mbappé because we weren’t looking to do a Kylian Mbappé”.

Anyway, Kylian’s career is currently extremely well managed. And he is supported by his two parents. Speaking of which, let’s look at his mother.

The footballer who continues his path to new records is also the son of Fayza Lamari and wife to Wilfried Mbappe. Fayza Lamari also takes care of her son’s PR and communications. Fayza is a Franco-Algerian, originally from the Kabylie region. She is more precisely from the locality of Amizour, a towen of Béjaïa. However, she was born in Bondy, in the Paris region, in 1974.

What are the origins of Kylian Mbappé?

World champion Kylian Mbappé is French. He says it without flinching, to the point where he gives the impression that he claims it. Born in the 19th arrondissement of Paris, he however grew up in the suburbs, in Seine Saint-Denis, more precisely in the town of Bondy. But his French nationality and his life in France does not mean that he forgot his origins. And he spoke about it on several occasions, in particular on the occasion of certain events.

Indeed, Kylian Mbappé is of Cameroonian origin by his father and Algerian by his mother. It is also difficult to ask Kylian Mbappé to choose between his father’s Cameroon and his mother’s Algeria. Including when the two selections cross swords for a qualifying place for the World Cup. This was attempted during the double confrontation between the Fennecs and the Indomitable Lions which took place at the end of March. “Cameroon and Algeria are a part of me. I support them both. I have both origins here. My nationality is French, but my origins are Algerian and Cameroonian. I cannot deny my origins and I am very happy,” he said in response to a request from a journalist.