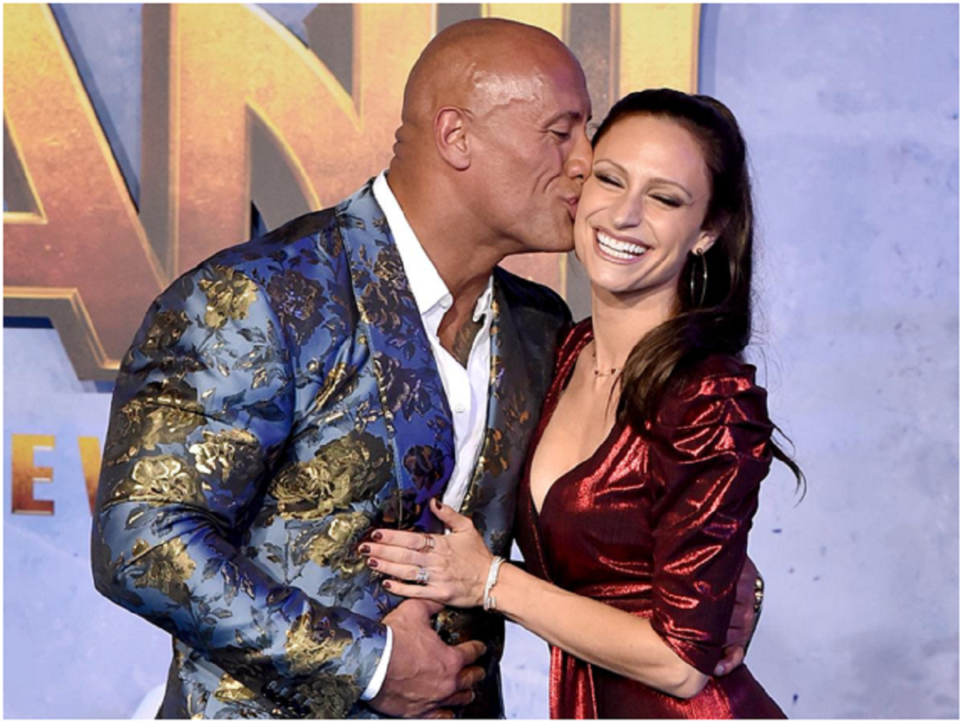 The Great One has many nicknames. The jabroni-beating, pie-eating, trail-blazin’, eyebrow-raisin’, all around, smack it down People’s Champ, The Rock has had an incredible career with the WWE and in Hollywood after that. However, there is only one person in the world who can use the nickname “hubby” for him, and that woman is Lauren Hashian. In this post, we will find out more about her.

Lauren Hashian: Can You Smell What The Rock’s Wife Is Cooking?

For many years, The Rock stayed Hollywood’s most eligible bachelor. However, all of that changed on August 18th, 2019 when he married Lauren Hashian. The celebrated entertainer has hailed Hashian as the best woman he has ever met.

Who is Lauren Hashian?

Lauren Hashian was born in Massachusetts on September 8th, 1984 and currently works as a singer/songwriter. Music is in her genes as her father Sib Hashian played drums for the famous rock band Boston.

How long have Lauren Hashian and The Rock dated?

The Rock dated Lauren Hashian for 13 years before marrying her.

The Rock met Lauren Hashian in 2007 after his divorce from Dany Garcia. About his meeting with Hashian, The Rock said: “Within 30 seconds, I thought, ‘Wow, this girl’s stunning.’ At the time, I was going through my breakup with Dany, and she was just coming off a big breakup too. Ironically, when you’re not looking for something, the power of the universe kind of takes over.”

The Great One was heartbroken after his divorce and wanted to take it slow. Luckily for The Rock, Lauren Hashian has been just the right partner for him. She never pressured him for marriage and the couple only tied the knot once they were both ready. This is what The Rock said about the matter: “My divorce did a number on me. I wasn’t fearful of getting married again, there was just some hesitancy. But Lauren was incredibly patient: ‘I love you, you love me, we have this amazing life together—no presh (sic).”

When did The Rock marry Lauren Hashian?

The Rock married Lauren Hashian on August 18th, 2019 during a private ceremony in Hawaii. Speaking on the quiet and private nature of his wedding, The Rock said: “We had a full security detail in case there were helicopters. But there was no press, no paparazzi. No one knew. I was shocked but so grateful. My life is so loud and noisy; the fact that it was quiet was a big win,” he explained.”

How many children does Lauren Hashian have?

Lauren Hashian and Dwayne Johnson have two children together. Jasmine Johnson was born in December 2015 and another girl Tiana Johnson joined the family in April 2018.

Is Lauren Hashian “the best woman” The Rock has ever seen?

A few days later, “The Rock” posted a photo, this time to pay tribute to his wife and show her all his admiration, on the occasion of her birthday. “She’s the best woman I’ve ever seen”. The Rock went on to add about his life with Lauren Hashian: “I’ve lived with my longtime girlfriend, Lauren Hashian (…) We spend a lot of time with my daughter in Florida (…) We do these stories and we talk so much about the business end, the success end, but then Lauren isn’t mentioned and my daughter isn’t mentioned. I always like making sure we find the balance and my home life is in there and Lauren Hashian is in there and my daughter is in there. You gotta get the better half in there. With all the cool sh*t and success that I’ve been lucky enough to get? That doesn’t happen unless the home life is solid.”

Lauren Hashian, 38, was born in the state of Massachusetts, in a home that was steeped in music. His father, Sib Hashian, is a composer and drummer for the band Boston (the band that gave us the 1976 hit “More Than A Feeling” ). Lauren Hashian wanted to follow in her father’s footsteps, and became a singer and songwriter. Before finding a soul mate in the person of Dwayne Johnson, Lauren Hashian took part, in 2005, in a tele-hook, RU the girl?  aired in the United States. Then she got into a relationship with the man who would become the highest paid actor in Hollywood . Although she has not released any albums, Lauren Hashian has released four singles so far.

The same year, she went out, still with Walter French, the title “Memory”. Then in 2018, the single “Samson”, which she performed with composer Naz Tokio.

At the end of May 2019, she participated in the single “Serve It Cold” released by the group Manus.