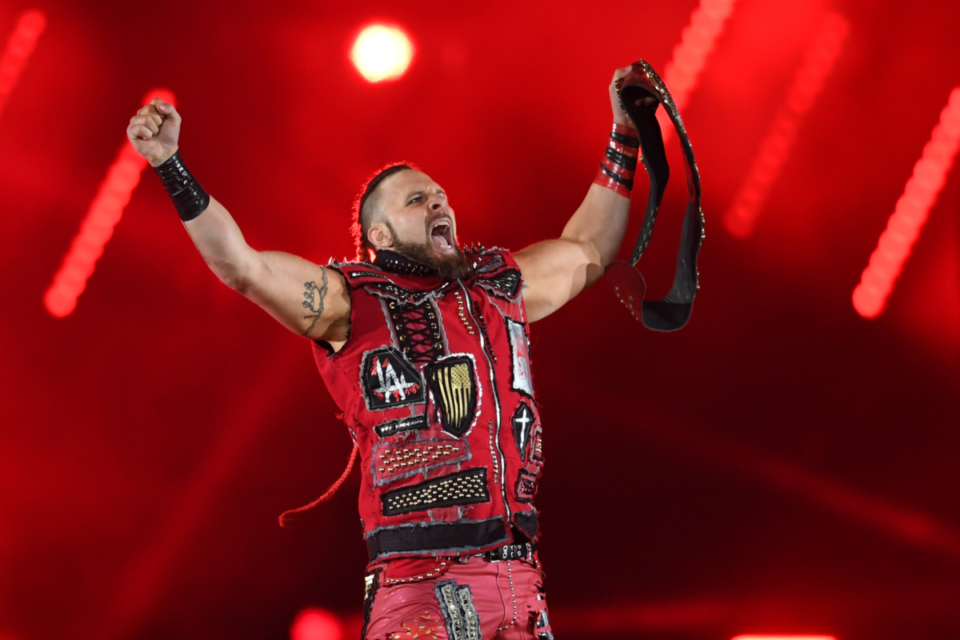 Hoyt began his career in 2000 and worked for TNA from 2004 to 2009. In TNA, he first competed under the name Dallas, winning two NWA World Tag Team Championships alongside Kid Cash. In TNA he was fighting for a fairly long period from 2004 to 2009, right at the best time for the company. Lance then had a very brief stint in All Japan Pro Wrestling to end up signing with WWE on April 26, 2009. After Diamond Dallas Page signed with TNA, he changed his name to Lance Hoyt and formed a Rock N Rave Infection-themed rock band with Jimmy Rave and Christy Hammie. After Hoyt’s departure from TNA, he signed with WWE, where he worked until 2010 under the name Vance Archer. Many will not remember that Lance was in WWE, after several years in TNA he signed for Vince’s company where after a short period in FCW he officially debuted in ECW. Hoyt was the one who announced it and was very motivated to sign with the biggest Wrestling company, World Wrestling Entertainment. Lance Hoyt began wrestling in the then developmental territory of Florida Championship Wrestling, using various names like Cance Archer and Lance Archer which is the name he uses now or even Lance Hoyt which is his real name. The first match he had was a Tag Team match with Jon Cutler. In that first confrontation he was defeated by Duke Rotundo, now known as Bray Wyatt and Vic Adams. His passing was quite discreet and for the same reason he was fired a year after arriving. Some time would pass and he would be sent to the brand called ECW. On the November 3 episode, Lance made his ECW debut, under his new ring name Vance Archer. He presented himself with a totally different look, now he had short hair and a shaved beard. His debut was very good, he looked very dominant defeating Logan Jones in a squash match. Also after leaving WWE, he signed with the Japanese promotion New Japan Pro-Wrestling, where he worked under the name Lance Archer. During his early years, he joined Minoru Suzuki’s Suzuki-gun team and won the 2011 G1 Tag League with Suzuki. IWGP Champion, two-time NWA World Tag Team Championship, and two-time GHC Pro Wrestling NOAH Tag Team Championship. When Smith left the promotion in 2019, Archer became a solo wrestler, capturing the IWGP United States Championship, a title he eventually regained for a record-breaking second time in 2021.

4. He received a degree in English but was extremely athletic: During one of his most intense matches in All Elite Wrestling, Lance tried to perform a Moonsault which did not end in the best way, he fell so badly that he was about to break his neck. The Eliminator tournament edition of Dynamite on October 23, 2021 marked the day Eddie Kingston was facing off against Lance Archer and Archer fell hard on his head. He himself would comment that after starting the treatment, they explained to him that if he had fallen in a different way, it is most likely that today he would be totally paralyzed or, alternatively, dead. Lance stated on Twitter: “Listen. We decided to do this and take our health and life in our hands every night. I’ve made that move hundreds of times throughout my career. Only the rotation failed. It could have been much worse. Thank you to EVERYONE at AEW for taking care of me and protecting me INCREDIBLY. I’ll be right back!”It was soon revealed that Archer was checked out and a concussion was ruled out. Dave Meltzer then explained that Archer was very angry behind the scenes about everything that happened.”They told me Lance passed all his backstage tests and the medics, you know, they’re pretty sure it’s not a concussion. They checked him out at the time to see if there was a concussion or they would have stopped him completely without coming to an end….but I wanted to keep fighting, but Doctor Samson and everyone said ‘go straight to the end’, the wrestler stated sounding very upset, understandably so because he knew he could give more in his fight against Eddie Kingston, beyond having suffered elimination from the tournament.

6. Meeting and training under Solo Fiatala: While he was in college, he sought to solve his economic life by working in a nightclub as a guard, there he met Solo Fiatala, who would convince him that his life should be linked to wrestling. Lance accepted the proposal and began training with Solo who would make him the great fighter he is today. Hoyt is a Christian. On September 23, 2020, Hoyt announced that he had tested positive for COVID-19, but he recovered from his illness a few weeks later.

8. A champion in Puerto Rico: Among the 10,000 championships spread throughout all of Colon, one of the world champions that WWC has had is Lance Archer, his reign lasted a couple of minutes since the same day he won it, he lost it against another star of the company. In Japan he found in Davey Boy Smith Jr. the best partner to create an alliance, both in NOAH and NJPW they teamed up and won several championships. To this day the alliance called KES is remembered. On August 13, Lance was challenged for the Hiroyoshi Tenzan & Satoshi Kojima IWGP Tag Team Championship alongside new stable member Harry Smith who would later go by the name Davey Boy Smith, Jr and KES was born. On October 8 at King of Pro-Wrestling, they defeated the champions, winning the titles. KES had his first successful defense on November 11 at Power Struggle, defeating the former champions in a rematch. From November 20 to December 1, KES participated in the 2012 World Tag League tournament, finishing with four wins and two losses, advancing to the semi-finals of the tournament. On December 2, they defeated Always Hypers (Wataru Inoue and Togi Makabe) to reach the finals. That same day, they were defeated in the finals by Sword & Guns ( Karl Anderson and Hirooki Goto). On February 10, KES retained the titles for the third time at The New Beginning against Kojima and Tenzan. On March 3, at the company’s 41st anniversary event, KES unsuccessfully faced Shinsuke Nakamura for the IWGP Intercontinental Championship. Putting their championships on the line, KES participated in a National Wrestling Alliance event on April 20, 2013. At the event they defeated Ryan Genesis & Scott Summers, retaining their championship and winning the NWA World Tag Team Championship. However, on May 3 at Wrestling Dontaku 2013, KES lost the IWGP Tag Team Championship to Ten-Koji in a match that also featured the tag team of Takashi Iizuka & Toru Yano and Muscle Orchestra (Manabu Nakanishi and Strong ).KES had the rematch on June 22, wrestling Iizuka, TenKoji and Yano, but they didn’t get it back. On August 1, Archer participated in the 2013 G1 Climax. The tournament concluded on August 11, where Archer defeated his teammate Smith, costing him a spot in the semifinals and earning Archer four wins and five losses. On November 9, at Power Struggle, KES faced Ten-Koji and Jax Dane & Rob Conway ., in a fight with two falls. In the first fall, KES was defeated by the NWA Championships to Conway and Dane, but in the second they won the IWGP Championships. From November 24 to December 8, KES participated in the 2013 World Tag League tournament. After posting five wins and one loss, they won their block, but were eliminated in the semi-final by rivals Ten-Koji. On January 4, 2014, at Wrestle Kingdom 8 in Tokyo Dome, they lost the titles to Bullet Club (Karl Anderson and Doc Gallows). KES had another title match on February 9 at The New Beginning in Hiroshima, but they were again defeated by Bullet Club. On May 25 at Back to the Yokohama Arena, they unsuccessfully attempted to win the NWA World Tag Team Champions Tencozy in a match that included Rob Conway and Wes Brisco. On June 21 at Dominion 6.21, they had another shot at the NWA Title, but were again defeated. To date there are three fights where Lance Archer has fallen short of 5 stars, three fights valued at 4.5 where that tremendous Texas Death Match with Jon Moxley on Dynamite stands out, a battle where he ended up winning the United States IWGP championship. Speaking of Texas Death Match, Lance Archer has the particularity that he has been present in the two matches of this style that AEW has had, the first he won against Moxley and the second he lost against world champion Adam Page.