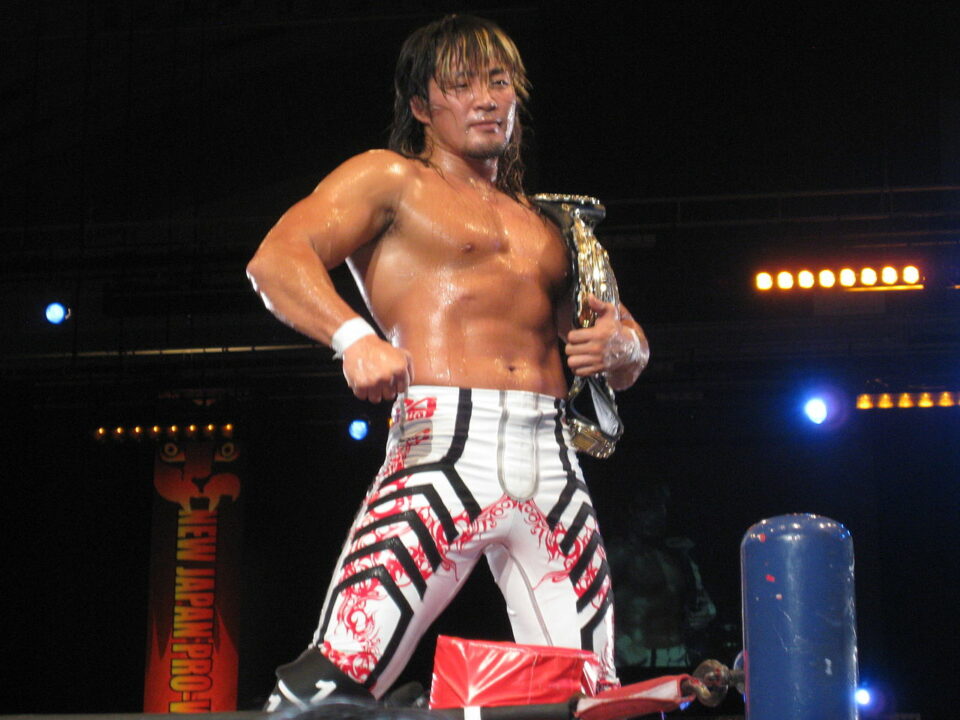 Last year, Hiroshi Tanahashi was the IWGP United States champion. The industry icon has been representing New Japan Pro-Wrestling since 1988 and a lot has happened in his life since then. With that being said, let’s take a look at some legendary Hiroshi Tanahashi facts which could inspire almost everyone to reach success! Before entering professional wrestling, Tanahashi studied law at Ritsumeikan University in Kyoto, where he began wrestling. During this time, he was spotted by New Japan Pro-Wrestling (NJPW) talent scouts and was invited to try out for the NJPW Dojo. His February 1998 test was successful and he was accepted as a trainee. He enrolled in NJPW’s dojo after graduating from Ritsumeikan University the following year. After joining the New Japan Pro-Wrestling, Hero would go on to become a Japanese mega star who influenced the likes of Sho Tanaka who he met during an autograph signing session in 2015 and trained to help Sho get into the New Japan Pro Wrestling dojo, a full circle. So much is Tanahashi’s fanaticism for this series that he has been inspired by it for some movements or entrances, also due to his status as a total star, he was lucky enough to participate in the official video clip a couple of years ago.

3. One fight that will never happen with Hiroshi Tanahashi is: Tanahashi has always been considered the “Japanese John Cena”, because of the importance that both have in their companies, a Dream match that people have always wanted to see but that clearly will never happen. Hiroshi always fed this Dream Match, although clearly as a social media troll nothing more.Tanahashi has cited Shawn Michaels as his favorite wrestler and the Japanese John Cena has also admired Tatsumi Fujinami, and considered using the ring name “Dragon Hiroshi” in honor of him.

4. Hiroshi Tanahashi did not want to sign with WWE: In 2004, WWE was looking to sign a great Japanese star in order to open up in the Japanese market, so he went looking for Ace Tanahashi, a negotiation that end since he was not interested in moving to the United States. Since plan Ace said no, WWE went for “plan B”, hiring Kenzo Suzuki.

5. Hiroshi Tanahashi could have been a baseball player: Hiroshi Tanahashi threw out the opening pitch at a Rakuten Eagles baseball game. During his school years, Hiroshi excelled at baseball, something that he was passionate about and allowed him to dream of one day being a great athlete. When he got to college, he traded baseball for wrestling, becoming quite successful and catching the attention of top NJPW agents, who invited him for a tryout. The rest is history. Hiroshi more than a fighter is a star of Japan, he has left the ring to participate in other projects, such as when he was invited to the tenth anniversary of Garo: Ashura where he played the golden knight, he even appeared in the Doraemon movie of the year 2016.In 2013, when Tanahashi was inducted into the Wrestling Observer Hall of Fame, Dave Meltzer stated that “you could make a strong case for him as the best in-ring performer in the business today”, adding that he was “the leading star in New Japan Pro-Wrestling’s return from being in terrible shape a few years ago to being the number 2 professional company in the world.” There are only three fighters who have won the WON Best Fighter of the Year for three or more consecutive years, one of them is Tanahashi, who did it in 2011, 2012 and 2013. The other two are Kenta Kobashi (2003-2005) and Ric Flair (1982-1986). In addition, with more than 20 years being part of NJPW, Tanahashi is undoubtedly the most important star of the last 20 years and for this reason his legacy is marked with eight world reigns, being the man who has won the most important title of the business. His eight reigns have seen him more than 1,300 days as champion.Not only that Hiro is one of the greatest and most decorated wrestlers in the history of New Japan as his accolades in NJPW include two reigns as Intercontinental Champion of IWGP, three reigns as IWGP Tag Team Champion, three reigns as NEVER Openweight 6-Man Tag Team Champion and one reign as NEVER Openweight Champion. He also won NJPW’s main tournament, the G1 Climax, three times (2007, 2015, and 2018) and won the New Japan Cup twice, in 2005 and 2008, making him one of the greatest professional wrestlers of all time.

Lance Archer: 10 Facts About His Career (From Basketball To AEW)!