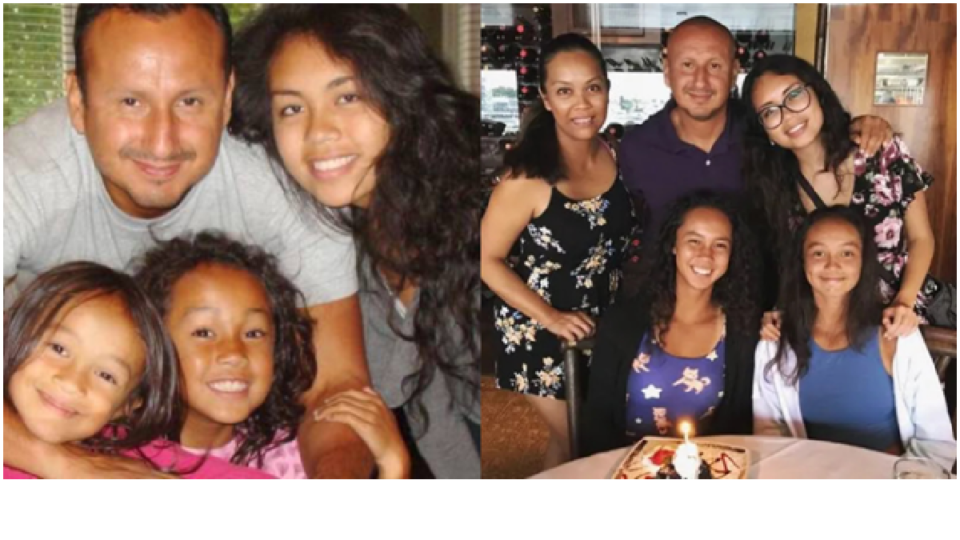 Leylah Fernández, the daughter of an Ecuadorian, will play her first Grand Slam at just 17-years-old. We know her father who has been in the spotlight for coaching her. But who is Leylah Fernandez’s mother? Let’s dig into that very same question in this article.

Leylah Fernandez was born in Canada as the daughter of Jorge Fernández from Guayaquil and a Filipino mother. She has played tennis since she was five years old and had an outstanding participation in the junior world circuit, winning the junior Roland Garros, and defeating Emma Navarro, from Spain. In addition, she played the final of the Australian Open (2019) youth draw, where she lost to the Danish Clara Tauson. From there, Leylah Fernández decided to enter professional tennis and two years ago she went from 487 to 207 in the world, thanks to her stellar performances on the ITF (International Tennis Federation) Circuit, which awards points for the WTA (Tennis Association) ranking. Here, she obtained her first title in Gatineau, followed by a final in Granby and the semi-finals in Vancouver during July and August. All these events were on Canadian soil while being a player with Ecuadorian roots.

Fun Fact: In addition to Fernández, there was another famous tennis player with Ecuadorian roots. The American Irina Falconí, was born in Portoviejo but migrated to the United States and accepted her new nationality to continue playing tennis.

Leylah Fernandez is Half Ecuadorian and Half Filipino-Canadian

The Montreal-born tennis star has an interesting story from her roots: her father, a former soccer player, was born in Ecuador, and her mother in Canada, but has Filipino descent. This cultural variety within her family has allowed her to speak French, Spanish, and English fluently. Also, she is a fan of puzzles and she loves to dance salsa. Another important person is her sister Bianca Jolie, who also plays tennis. As she herself said, her family is the most important pillar.

Her mother, Irene Exevea had to go through a lot for her daughter to play tennis including leaving the family home in Canada to shift to California for a few years just to support the family.

Since the Canadian tennis star was extremely young back then, it was difficult for her not to see her mother on a daily basis but after rapidly climbing the ladder on the circuit, the challenges have finally paid off, she commented.

In an effort to share her story of gratitude, Leylah Fernandez stated that: “It (being separated from her mother) was definitely hard at first to accept… But every time that I was on court when I was younger, when that happened, I had that focus, that mentality saying that I’m going to do everything in my power to achieve my dreams, to be closer to my dreams so that we can be together again.”

She continued, “I don’t think I only did the job, but also my parents, my dad. He also made the decision one day to pack our things, go to the US so we can be with my mom because it was too much. You know what? I’m just glad that we made the decision of doing that, like having my mom go to California because it made me stronger. I think it made my family too, saying that we’re going to make the sacrifice, it’s going to be worth it so I can make that dream possible. I’m just eternally grateful for everything that’s happened to us.”

The road has not been easy for the tennis player. At age 7, when she was just starting out in tennis she was excluded from the provincial development program in Montreal that was in association with Tennis Canada.

But thanks to her father taking advantage of his experience in soccer, Leylah Fernandez was able to improve her techniques and her physical condition, despite her mother not being around to offer motherly guidance.

The teen tennis star’s father, Jorge Fernández, became her first coach, using his experience as a professional soccer player in Ecuador and learning tennis with his daughter when the girl was just 7 years old.

Her father helped her to overcome an incident when Leylah was a junior.The story goes that she was kicked out of the Canadian tennis program. That’s when her father took over driving her race and began training. With little knowledge of tennis, the former footballer emphasized the mental strength that her daughter should have to immerse herself in the world of an individual discipline and that mentality is as important as technical training.

He also knew that being a professional athlete needed additional skills like patience, focus and confidence, the same attributes he learned the hard way on the soccer fields.

“Having him as my coach, teaching me the simple fact of being competitive in sports, has definitely impacted my game and my mentality,” the tennis player reflects on her father. In addition to advice from her father, Leylah is also guided by his experience in happiness and joy.

“My father has told me everything (such as) to have fun, to fight for every point, to enjoy it,” an emotional Leylah once stated while being applauded by the public in Flushing Meadows.

To fight for every point is something Jorge had to do while coming to Canada. Jorge narrates that he is a Guayaquil native who headed for Canada when he was a child and became a Canadian citizen at the age of 14, although – he adds – his family first tried to emigrate to New York in search of “a life that gives more resources.” The former footballer’s parents are Peruvian and currently live in Salinas (province of Santa Elena), he specifies.

“As a father, I always asked my daughters not to forget who they are and to fall in love with Ecuador, with everything that one is. Leylah has been lucky enough to travel and visit her grandparents who are in Salinas. She loves Ecuador, she loves the food,” her dad notes.

Regarding the development of his daughter’s tennis, he remembers that she always told him: “Ecuadorians have many champions in different sports. The more she grew, the more she realized”.

Jorge Fernández has also helped Leylah’s language skills. On her social networks, Leylah shares messages in English, French and Spanish with photos of her family, among them is an image with her father when she was a child and in which she affirms that “she has always been a daddy’s girl.”

Canadian Leylah Fernández, only 18 years old, surprised by eliminating Naomi Osaka at the US Open. Being one of the biggest promises in tennis, Leylah Annie Fernández has become one of the tennis players to watch for the coming years. The now 19-year-old first debuted in 2019 with extraordinary results. She captured the junior title at Roland Garros in 2019.

Then in 2021, the Canadian, of South American descent, beat two of the candidates to win the US Open and was already in the semifinals. Leylah defeated fifth-seeded Ukrainian Elina Svitolina 6-3, 3-6, 7-6 (7/5) to reach the US Open semifinals after defending champion Naomi Osaka and former world number one Angelique Kerber.

Leylah Fernández, the great protagonist of a youth offensive that broke into the 2021 United States Open, was the youngest US Open semi finalist since 2005 after the female athlete reached the first Grand Slam semifinals of her career by beating the Ukrainian Elina Svitolina, bronze medalist at the Tokyo-2020 Games.

And among the records that Fernandez already holds is being the youngest semifinalist in Flushing Meadows (New York) since Maria Sharapova (18 years old) in 2005 and the earliest to eliminate two players from the top-5 of the WTA (Svitolina and Naomi Osaka) from Serena Williams (17 years old) in 1999.

Other FAQs about Leylah Fernandez

Is Leylah Fernandez’s father a footballer?

Jorge Fernandez was a semi-pro soccer player in Montreal. He fulfills the role of coach and is the one who designs the strategy for each match. His daughter who is a left handed tennis player is also guided by professional trainer Romain Deridder.

During one interview, Leylah’s dad Jorge affirmed that Leylah was very close to representing Ecuador, but he did not succeed because the administration in Ecuador is very complicated, very difficult, very long. “We almost didn’t get to Ecuador and get their Ecuadorian passports when they were younger and still developing in sports.”

When Jorge was asked if he plans to come to Ecuador with his whole family after Leylah’s participation in the US Open, he stated that it is something he has been thinking about.

“I have thought about that for a long time. I have always said that if one day we manage to do something very important, very special, we will all go there to celebrate it together. That’s something I want Leylah, my dad and my mom to feel. And more than anything I want the entire country to feel that we, although we have been far away, have never forgotten where it all begins. The blood that she has is there. As we always tell him here at home: ‘That blood is not red, that blood is tricolor’”.

“This morning I reminded her that the ones I was talking to two weeks ago are the people she has to keep talking to when no one knows her. Unfortunately she is going to receive many new invitations and at this time we still have a lot of work to do. I told her that fame is treacherous, that she lives in the moment, but that she does not forget who she is, because the public “is in love with who you are, not any other”, “concluded Jorge Fernández.

Jorge is also working hard to develop his youngest daughter, Bianca Jolie, who was playing a tennis tournament in Spain, the W25 Marbella. The Guayaquil native became his girl’s coach “in a sport he knew almost nothing about.”

As a former soccer player, he took on the challenge of grooming her daughter when she was excluded from a junior tennis development program in Canada, where they reside.

Born to a Canadian mother of Filipino descent, the left-handed tennis player is also mentored by professional trainer Romain Deridder. The fact that her mother is half-Canadian and half-Filipino helped Leylah’s nationality to be that of Canadian.

Leylah’s success is celebrated by her family as well as her native Canada. Prime Minister Justin Trudeau was one of the first to congratulate her on her progress to the semi-finals with a message on Twitter.

Within the new generation of tennis players, the great circuit of women’s tennis is looking for reference. Leylah A Fernández without a doubt, heads that list and has many qualities that position her as a true jewel of the sport. With her entire career ahead of her, we can expect a lot more influential actions from the teen star!