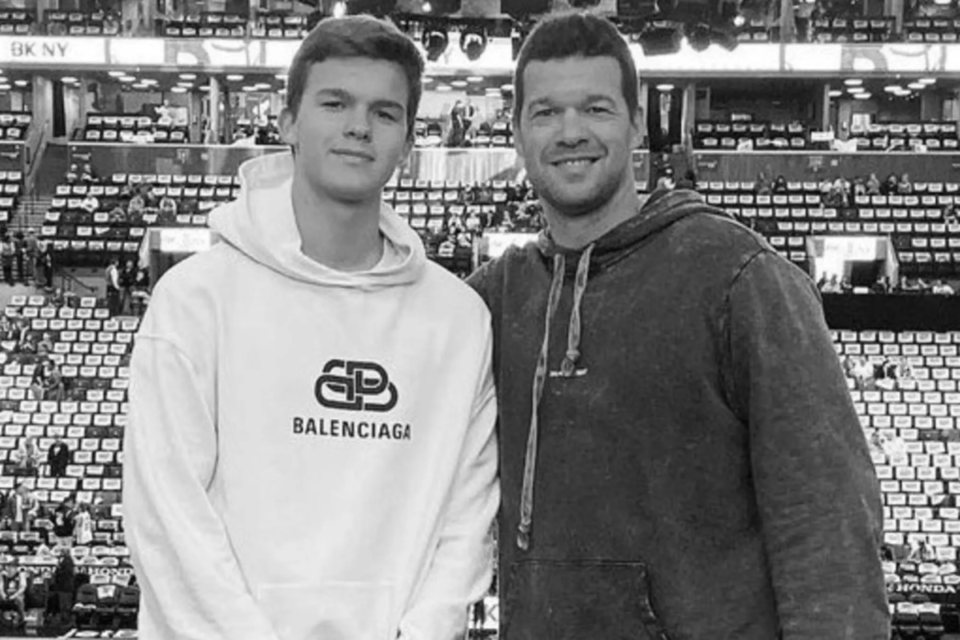 Emilio Ballack was the son of ex-national player Michael Ballack, who died in a quad bike accident in Portugal. According to Portuguese media, the family was in psychological care. Michael Ballack, who is a hero of German football, received condolences from his former football clubs as well. In this post, we will take a brief look at the death of Emilio Ballack and how it affected his family.

Former German football team captain Michael Ballack mourns the loss of his son Emilio. The 18-year-old died after a quad bike accident in Portugal, which is said to have happened near the exit of the property. Portuguese media reported about it first.

Where did Emilio Ballack die?

The British newspaper “The Sun” reported online, citing a police officer, that the accident occurred on the family’s property in Troy and not on a public road. Michaek Ballack had bought a house in Portugal a few years ago.

A spokesman for the responsible Grandola fire department said: “No other vehicle was involved in the fatal accident on private property.” Emilio Ballack’s quad is said to have lost its way and fallen a metre down. The quad buried Michael Ballack’s son under it.

The British “Daily Mail” describes the course of the accident in a similar way: Emilio Ballack is said to have driven the quad backwards out of the garage shortly after two o’clock. It is said that he wanted to drive a friend home. Suddenly the quad moved jerkily, the front wheels lost traction and the vehicle shot up a meter before landing on top of Emilio Ballack.

Who made the emergency call about Emilio Ballack’s accident?

The shocked friend, who had to see everything, immediately informed the family. Emilio’s grandmother made the emergency call, but the rescuers on site could not have done anything more for the teenager. After attempts at resuscitation, death was found on the property. The family is now being looked after by psychologists.

How did Emilio Ballack suffer the quad accident?

How the alleged accident near the small town of Comporta came about is now the subject of investigations by the Portuguese authorities. However, traffic experts have long warned of the dangers posed by quads. These small four-wheeled off-road vehicles drive differently than cars and motorcycles.

“That’s exactly the difficulty for someone who moves a quad for the first time,” said Andre Lang from the Institute for Two-Wheeler Safety – regardless of the Ballack case. “Due to the high ground clearance, quads also have a high center of gravity.” They tend to tip over in curves much more quickly than other vehicles. “By shifting your weight, you move your upper body to the inside in turns,” explains Lang. Cornering, in particular, needs a lot of practice in order to be able to master it safely.

What did German football clubs say about Emilio Ballack’s death?

What did German football clubs say about Emilio Ballack’s death?”This news is a big shock for the entire FC Bayern family and for me personally. I’ve known and respected Michael for more than 20 years, I’m incredibly sorry for him and his family. I wish them all the strength in the world now,” said Herbert Hainer from Ballack’s ex-club Bayern Munich. CEO Oliver Kahn was also “deeply shaken”. Toni Kroos wrote: “My sincere condolences and deepest sympathy.”

Chemnitzer FC also shared its condolences on Twitter: “Chemnitzer FC was shocked and saddened to learn of Emilio Ballack’s accidental death. CFC expresses its heartfelt sympathy to the family and wishes all relatives a lot of strength during this difficult time. Deeper Sympathy from the entire Chemnitzer FC.”

Ballack’s former club Bayer Leverkusen also took part. “We mourn the boy and feel for Michael and Simone,” said sporting director Rudi Völler. “All of us here at Bayer 04 wish the whole Ballack family a lot of strength.”

Champions League winners FC Chelsea were also concerned and expressed their condolences on their website. “Everyone associated with Chelsea Football Club is shocked and saddened to learn of the death of Emilio Ballack at the terribly young age of 18. All our thoughts are with his father Michael and his family at this sad time.” said Ballack’s only club abroad.

Who is Emilio Ballack’s mother?

Emilio Ballack was one of three sons from the marriage of Michael and his former wife Simone; Louis is 19 and Jordi is 16 years old. At the beginning of June, Simone Mecky-Ballack proudly posted a photo with Emilio on Instagram after graduating from school. Emilio Ballack had just graduated from Munich International School in Berg am Starnberger See.”

Congratulations on your graduation! I’m so proud of you,” wrote Simone on her mother-son photo, in which Emilio wore his graduation robe. To do this, she posted four big red hearts and added the hashtags #proudmom. The great resemblance between Emilio and father Michael cannot be overlooked in the photo.

Did Emilio Ballack want to be a professional footballer?

In contrast to his successful father Michael Ballack, who reached the World Cup final with the national team in 2002 and finished third in the 2006 World Cup, his son Emilio did not aim for a professional career. In 2019, the then 16-year-old sat in on the Chemnitzer FC office. Most recently he played in the B youth of SV Planegg.

What happened after Emilio Ballack’s death?

Emilio Ballack’s body was taken to the National Institute of Forensic Medicine in Santiago do Cacem during the night. According to Portuguese media, the family was in psychological care.

The young man had recently posted photos from his vacation on Instagram. The family has owned a holiday home south of Lisbon for many years, where the 18-year-old apparently spent a few relaxing days. According to media reports, a serious accident happened very close to the house early Thursday morning: Emilio Ballack died while riding a quad bike.

The accident probably happened on the family estate. The quad driver was not on a public road and it was the only vehicle involved,” the British Daily Mail quoted a police officer as saying. According to research by TVI 24, the accident is said to have happened on Thursday night. Emilio Ballack was therefore traveling with a Moto 4, a quad approved for use on public roads.

What kind of life did Emilio Ballack live?

He was one of three sons from the marriage of Michael and Simone Ballack (45), who divorced in 2012. The brothers are 16 and 19 years old. The family owned a holiday home in Portugal even when Michael Ballack was an active athlete. The property is located on the Troia peninsula, where other celebrities are said to own properties.

The family lived a life in the spotlight at times. Both parents kept posting photos together with their sons.

After Emilio’s death, Ballack’s ex-girlfriend Natacha Tannous commented on Instagram. In a heartbreaking post, she mourned the 18-year-old. “When I first met you, you were just 12 years old,” she wrote. “You were an extraordinary teenager, so insightful, compassionate, smart, kind hearted, good at everything (golf, basketball, soccer). You had an incredible personality, that’s why you were always popular.”

Emilio made everyone laugh and put a smile on everyone’s face. “You lived your youth like an angel, and now you go as one.” Tannous continued: “There are no words to describe this tragedy. None. It’s such a horrible nightmare that you want to wake up from.”

In the Instagram post, which has been liked thousands of times, she also addresses Michael Ballack and his family: “My thoughts are with your father, Louis and Jordi, grandma and grandpa and the families at the sides of Michael and Simone at this extremely difficult and heartbreaking moment .”

Born in Saxony, Michael Ballack is a hero of German football. He was a leader on the pitch and one of the most influential German players at the beginning of the millennium, winning four championships and being a World Cup finalist in 2002. He began his professional career in 1997 at 1. FC Kaiserslautern. There he met the waitress Simone in a café. They married in 2008. After the divorce a few years later, she moved to Lake Starnberg with her children and from then on appeared frequently on television.

Emilio Ballack’s father Michael Ballack, nicknamed “Capitano” has been working as a TV expert since the end of his career and analyzes football games, most recently during the European Championship.