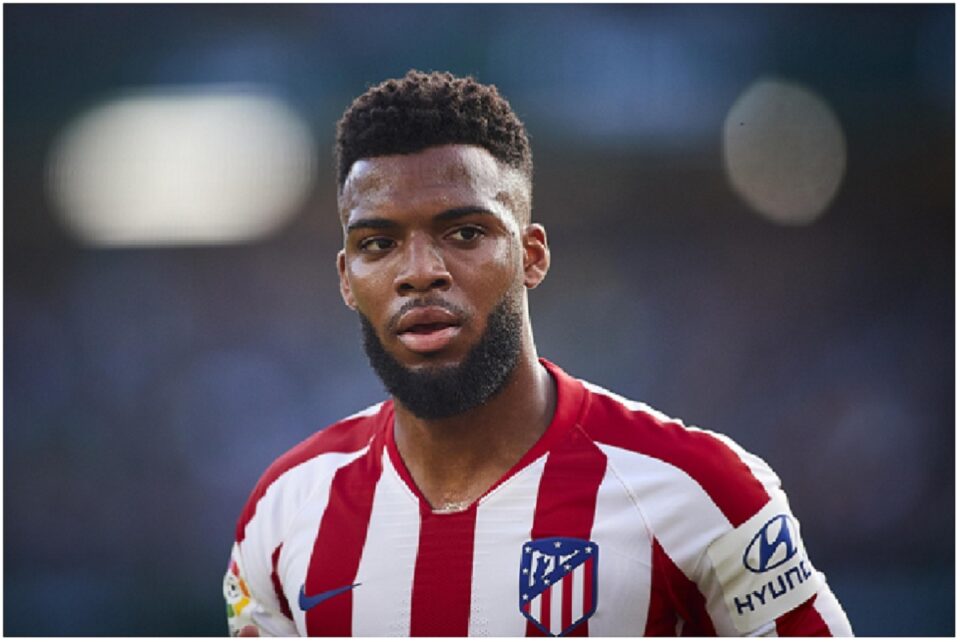 Has Thomas Lemar reached his peak? The future will tell, but the offensive player CAN score! He had a lot of complicity in the movements, and his offensive animation was very efficient after he trained at SM Caen and made a name for himself playing for the highest level at AS Monaco, where he won the French championship in 2017. He won the 2018 World Cup with the France team but soon, Atlético Madrid put Thomas Lemar on the transfer list. Let’s take a look at where his career is headed in 2022!

Thomas Lemar’s Career Has Seen Ups and Downs! We Explore It!

Where is Thomas Lemar now?

According to Wikipedia, Thomas is currently a French footballer who plays for Atlético de Madrid. The international footballer plays as an attacking midfielder or winger.

In June, he didn’t accept an extension:

So as not to continue losing money, the Frenchman doesn’t accept an extension with a lower salary and the club will listen to offers. The leaders of Atlético Madrid establish a clear roadmap: to sign a right-back, to sign a midfielder so that Kondogbia has competition (an agreement has been reached with Axel Witsel) and to conclude the agreement for the naming of the Metropolitano, which would improve the margin for financial “fair play”, with Atlético Madrid still on the limit in this area.

To all this we must add another thing: the need to make a good sale before June 30, 2022 was conducted to balance the accounts and not close with losses. That’s where Thomas Lemar’s name comes in. The club made him a contract extension offer with a lower salary and the Guadeloupe player, whose contract expires in June 2023, didn’t accept. This refusal makes the departure of the French clear for Atlético. Thus, Atletico put him on the transfer list.

Lemar’s high salary with a percentage going to Monaco:

Lemar’s salary was estimated to be around 7 million dollars per year. Very few clubs in Europe can afford to pay that amount for a player. That’s why Atlético’s extension offer is much lower, around 4 million per season.

It should be remembered that Atlético de Madrid paid 72 million euros to AS Monaco for 70% of his rights during his transfer. Thomas Lemar does not want to renew and Atlético, in view of what has happened, is waiting for an offer to arrive for the French player so as not to continue losing money.

Another important aspect during the Frenchman’s career trajectory was that AS Monaco also owned a percentage of his economic rights and was interested in a future second sale to earn even more money.

The French international midfielder, Thomas Lemar, who has agreed to a significant drop in salary, stays with Atlético de Madrid.

At 26, the former Caennais (2013-2015) who was at a crossroads in his career was able to finally extend his contract with Atlético de Madrid. Since his last selection dates back to September 1, 2021, the French international midfielder (27 caps, 4 goals), who had not received any interesting club offers, finally accepted the offer from Colchoneros with whom he is linked until 2023: a four-year contract extension accompanied by a pay cut of almost 50%.

Thomas Lémar was born on November 12, 1995, in the Caribbean island of Baie-Mahault, Guadeloupe, which is a French territory. Guadeloupe is a notable island for bringing black football talent to France. Notable names like Thierry Henry and Alexandre Lacazette all have their island heritage. Thomas Lemar and his parents all emigrated to France, leaving the butterfly-shaped island of the French West Indies.

Who is Thomas Lemar’s wife?

As of this writing, Thomas Lemar has revealed that his relationship status is single. This means there are no confirmed relationships or ex-girlfriends or ex-wives. He also has no children.

Thomas Lemar is best known by the nickname ‘Mr. Versatile’:

Lemar is a versatile midfielder capable of playing on both wings as well as in the center and in a free role. He is primarily left-footed but is also proficient with his right foot. He is known for his excellent dribbling skills, strong passing ability and free kicks. He said he’d rather bond with teammates than face defenders:

“I try to avoid duels and focus on passing and movement as much as possible.”He will often go for long range goals and will score 14 goals in his 55 appearances in the 2016-17 season and have 17 assists.

He plays with his head held high and his left foot is capable of magic – he never tries to complicate things and although he can beat players by dribbling he has a superb range of passing which he uses to the detriment of the opponent.

The native of Baie-Mahault in Guadeloupe, Thomas Lemar has always stated that his role model is Andres Iniesta, and it shows. Although his dribbling skills are superb, he is not obsessed with taking on defenders. But rather emphasizes team play.

Coming from the Caen youth system, Lemar made his senior debut in the opener of the 2013/14 season in August 2013. He then made 31 appearances in total for SMC, before attracting interest from across Europe – he was the subject of Chelsea transfer rumors and was also linked with Liverpool, Lyon and Bordeaux, but opted for a move to Monaco for $3.4million in 2015.

Between U17 to U21 Thomas represented France at all levels and made his international debut in 2016 against Ivory Coast. After leaving Caen, the international footballer on 1 July 2015, Lemar officially joined Monaco for an undisclosed fee and began playing a variety of midfield positions.

Of course, we know he had an impressive career in Monaco.

“Thomas, we all know him, he’s a great player. He’s someone who highlights the ten other players around him with his quality of passing, his quality of striking, and his movement. He does everything faster than the others and he sees everything before the others so it’s a treat to play alongside him”, stated his ex-teammate Mbappé, also a scorer, on the evening of the formalization of his transfer to PSG.

Like Mbappé, Lemar took on another dimension thanks to an impressive season in Monaco, which ended with the title of champion of France. In 2016/2017, the Guadeloupean scored nine goals in Ligue 1 and sent 10 assists to his teammates.

And since the resumption of the championship, Lemar whose idols are the Spaniards Andres Iniesta or David Silva is still just as formidable, as evidenced by his superb game against Marseille (6-1), with a perfectly worked free kick, taken over with the tip of the foot by Kamil Glik to open the scoring. Gradually, he grabbed playing time until a promising career with AS Monaco and Atlético de Madrid on June 12, 2018 to find an agreement concerning his transfer for approximately 70 million dollars.

Maybe Kylian Mbappé, Tiemoué Bakayoko and Bernardo Silva may have received a lot of praise from the spectators. But Lemar’s role in Monaco winning Ligue 1 and reaching the Champions League semi-finals cannot be underestimated. He led his club to win the French league last season (2017/2017) and reached the semi-finals of the Champions League, knocking out Manchester City and Borussia Dortmund along the way.

Thomas has one clear disadvantage:

Even though he plays on the wing, he’s not as fast as his teammates, Benjamin Mendy and Mbappé, but he doesn’t need it. Fortunately for Lemar, he prefers to chain and play one-two passes and use the movement and threat of his delivery to open up space. Most interestingly, no Monaco man played more key passes per game in the 2016/2017 season (2.2) than Lemar, and he also made more crosses (1.4) than any of his teammates.

And among those who played regularly in Ligue 1, the only striking options were Radamel Falcao (2.8), Valere Germain (1.8) and Mbappe (1.8) had more shots on goal per game than Lemar’s 1.7. Back then, it was Lemar who had helped Tottenham exit the Champions League with that strike.

His father was an obstacle to the Arsenal transfer:

It has been recorded that Lemar’s father wanted him to stay at Monaco and even sign a contract extension for a young Lemar to have the best possible chance of being selected for the France national team for the FIFA Cup World back in 2018. The rumor circulated throughout the 2017 summer transfer window. It suggested Edwige wanted her son to ‘reject’ Arsenal.

Liverpool once chose Salah over Lemar:

Liverpool wanted him for 80 million euros, Arsenal for 100 so what happened?

Liverpool noticed that he only does most of his good work on the counterattack when he has space, because of his pace. The main reason they didn’t choose it is that it was extremely expensive. Liverpool felt that Monaco would never sell him on the cheap. They had to console themselves by concluding that Lemar is probably better on the ball than on the ball. They believe they have enough Lallana, Coutinho, Gini and Firmino who are also excellent on the ball.

He has always hated talking to the media:

He who often describes himself as a reserved player and hardly attracted by the media lights or the excitement of social networks, risks having more and more difficulty staying in the shadows. “Talking to the media is not really my forte. I will have to go through it from time to time. It’s the risk of the job”, was one of the rare declarations of the midfielder that he was not very comfortable being questioned. Until 2018, the attacking midfielder could bypass the spotlights and the microphones, aimed at Kylian Mbappé, the revelation of the season in Monaco at only 18 years old.