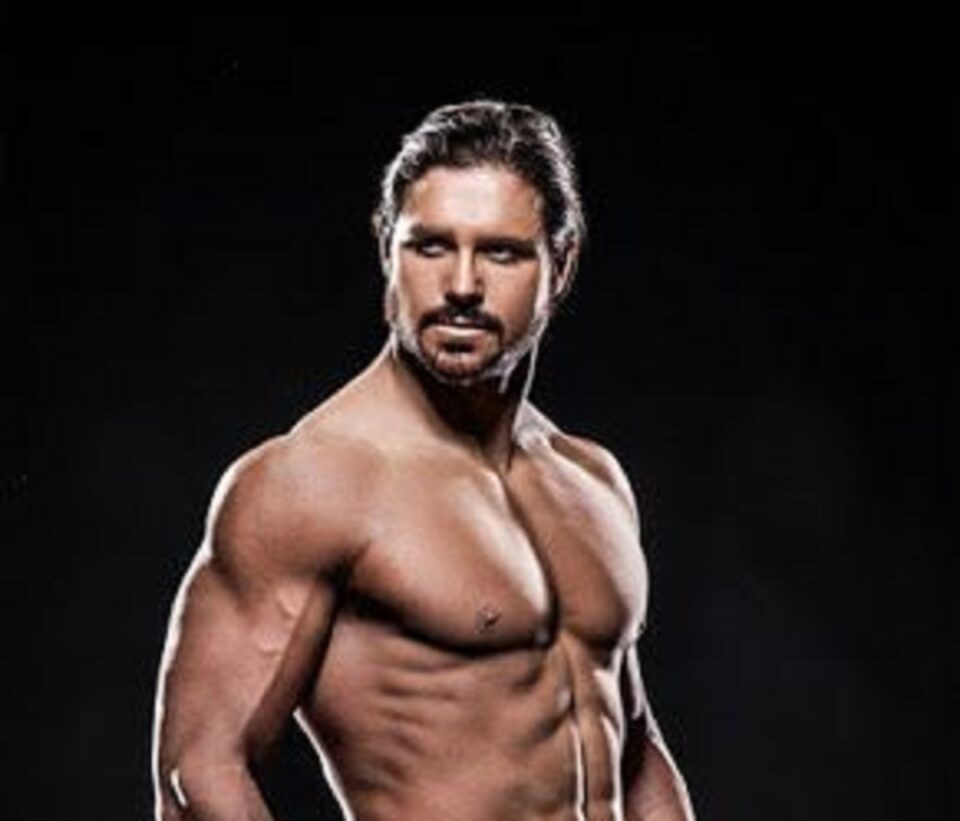 John Hennigan who has the middle name Randall is an American professional wrestler known for his time at World Wrestling Entertainment/WWE under the names of Johnny Nitro and John Morrison. During his time with the company, he was part of the MNM couples with Joey Mercury and John Morrison & The Miz. Hennigan was a one-time World Champion earning one reign as ECW Champion, three reigns as Intercontinental Champion, four reigns as WWE Tag Team Champion, and one as WWE World Tag Team Champion. In addition, he became the winner with Matt Cappotelli of the third edition of Tough Enough. Let’s take a look at some interesting facts about his career and personal life, broken down into 10 key points!

John Morrison was born as John Randall Hennigan on October 3, 1979 in Los Angeles, California, United States. Hennigan has two sisters and grew up in Palos Verdes, where he attended college. After he graduated from the University of Davis, California in 2002, Hennigan really started his career which is influenced by his favorite wrestlers such as Shawn Michaels, Randy Savage, and Curt Hennig.

He is well known for various companies such as Lucha Underground (LU), Lucha Libre AAA Worldwide (AAA), Global Force Wrestling (GFW), Impact Wrestling (IW) and on the independent circuit under the name of Johnny Mundo and Johnny Impact and in the WWE under the name John Morrison.

John Morrison debuted his career after leaving his studies at the University of Film and Geology. The debut company he first worked for was called Supreme Pro Wrestling. However, quickly, in the year 2002, he managed to participate in the WWE reality show known as Tough Enough. Both Hennigan and his friend Matt Cappotelli got a contract and were sent to developmental territory Ohio Valley Wrestling. And, coincidentally, they started a rivalry. Later, in early 2004, he would make his WWE debut at the Heat program.

Hennigan had a long relationship with former WWE Diva Melina Pérez after they both met during auditions for the third edition of Tough Enough, although she did not appear on the show. Then, Hennigan and Pérez broke up and John married Taya Valkyrie. Since 2016, Hennigan has been in a relationship with Kira Forster, better known as Taya Valkyrie. They got engaged on June 14, 2017, and married on June 1, 2018.

In terms of controversy, even after the no-buy-drugs-online rule was enforced, certain articles published in Sports Illustrated, the New York Daily News, and The Washington Post during the weekend of August 30, 2007 named Hennigan as one of the WWE Superstars to have purchased drugs from an online pharmacy. This is a violation of WWE’s talent welfare policy. Specifically, Hennigan received Somatropin, Anastrozole, Testosterone, Stanozolol, and Chorionic Gonadotropin from June 2006 to February 2007. As a result of this infraction, Hennigan was suspended for thirty days.

6. John Morrison is back in Lucha AAA and has a new name:

The former WWE star appeared on the Rey de Reyes show and revealed that his new name is now John Superstar. This would be the 11th different name he has used. He has used the following names in different promotions:

Johnny Superstar was part of the group of fighters released by WWE in November due to budget cuts. At Triplemania Regia II, his wife, Taya Valkyrie, made her return to AAA in December.

John Hennigan’s first appearance was in February when he returned to Lucha Libre AAA in what seems to be Henningan’s first official appearance after his dismissal from WWE. The Mexican company announced through its social networks the return of Hennigan to his company after four years of his last appearance. Previously known as Johnny Mundo, he returned to face El Hijo del Vikingo in a match for the AAA Mega Championship. El Hijo del Vikingo was the young fighter who won the medal at TripleMania Regia 2021, being the substitute for Kenny Omega who had to leave the medal free due to his injuries.

Hennigan returns in this way to one of the companies that welcomed him after his departure from WWE in 2011. The fighter worked for Lucha Libre AAA from 2015 to 2018 and had a reign with the maximum belt of 313 days. Hennigan, under the name of Johnny Mundo, in addition to the top title, also won the AAA Latin American Championship, the AAA World Cruiserweight Championship and the 2016 Lucha Libre World Cup during his time in Lucha Libre AAA. Hennigan also returned with Taya Valkyrie, who announced her return to the Mexican company.

Back in Feb, John Hennigan’s participation in GCW Josh Barnett’s Bloodsport 8 was confirmed. Johnny Caballero would be participating for the first time in a Game Change Wrestling event, with Gringo Locos The World on Lucha being the show where it was announced. Here he was being announced under the name John Hennigan for Josh Barnett’s Bloodsport 8.

Compared to the fighters of yesteryear, John Hennigan had a relatively easy path to reach the best wrestling company in the United States, WWE. After winning a contest called Tough Enough in 2002, he joined Ohio Valley Wrestling (OVW), a development division of Vince McMahon’s organization.

Finally, two years later he made his debut in the SmackDown rings under the name of Johnny Blaze, which was quickly changed to Johnny Nitro, although he was soon returned to OVW. Finally, in 2005 he returned to the main roster alongside Melina and Joey Mercury.

In their first match after the return, Nitro and Mercury defeated Rey Mysterio and Eddie Guerrero to obtain their first Tag Team Championship belt. Shortly after he defeated Shelton Benjamin to win the Intercontinental Championship.

In 2007 he was sent to ECW and defeated CM Punk to obtain his first world title in WWE. Just a week after the victory, his name was changed again, this time by John Morrison, given the incredible similarity that the fighter has with the vocalist of the rock band The Doors, Jim Morrison.

After losing the belt, he formed a successful alliance with The Miz, with whom he won his fourth World Tag Team Championship belt. Although again he was separated from his partner and in the blue division of WWE he regained the Intercontinental title.

Finally, after almost a decade in the ranks of the company and without the possibility of ever obtaining one of the two most important belts in the organization, Morrison decided to leave World Wrestling Entertainment.

Since 2012 Hennigan has been working on the independent wrestling circuits where made his first appearance on the independent circuit wrestling under his real name on February 4 at the World Wrestling Fan Xperience company in Manila, Philippines, defeating Shelton Benjamin and becoming the first WWFX Heavyweight Champion.

Leaving WWE he also got rid of the Morrison surname and adopted the name of Johnny Mundo and met Mercury, his partner at the beginning of his career. Also in 2012, he participated in Northeast Wrestling’s Wrestlefest XVI event, defeating Fit Finlay. On July 29, he debuted for the World Wrestling Council, as a heel, losing to Carlito via disqualification. The next day, he was defeated along with Shelton Benjamin byPrime & Epic. On the last day of the 39th anniversary of WWC, he was defeated by Apollo.

Following this in 2014 Hennigan made his debut in Lucha Underground, a company where he still has appearances. Between 2015 and 2018, Mundo traveled south of the border and worked for the Mexican company AAA. Also, since 2018 he has been working in Impact Wrestling, where he has already reached the world championship.

10. Comic book company Marvel forced him to change his name:

On March 1, 2004, Hennigan debuted on RAW under an assistant gimmick for RAW General Manager Eric Bischoff, being called Johnny Blaze.

However, the Marvel comics company issues a notice which said that they would sue WWE for the use of the name Johnny Blaze, since the Ghost Rider character used that name, so the following week he changed his name to Johnny Spade, but as that name was already being used by an independent wrestler, after three weeks he was renamed Johnny Nitro.

Nitro’s name, which he stuck with definitively, referred to Monday Nitro, a WWE rival World Championship Wrestling show, and he began using the music from that show in his entrance. Nitro acted as Bischoff’s trainee and assistant until the June 7 RAW, where he wrestled Eugene in a losing match, in which it was stipulated that if he lost the fight, he would lose his job.