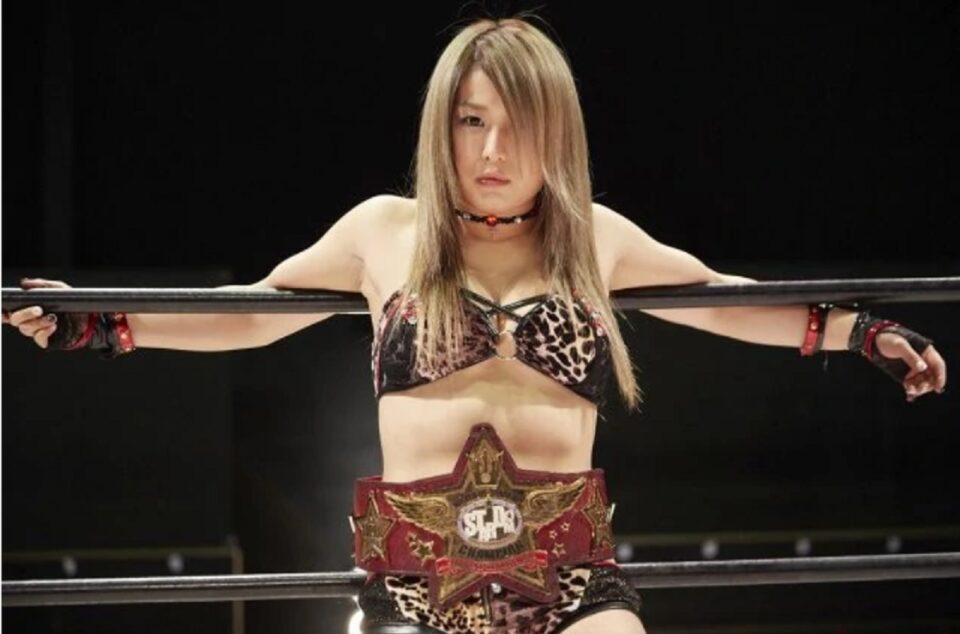 Mio Shirai is a former female professional wrestler and along with her sister Io Shirai, the duo started their career in March 2007. Currently, in 2022, Mio Shirai works as a professional wrestling referee but there are so many things that have impressed fans between 2007 and 2022. So, let’s get into those facts one by one starting with the sisters who debuted as Io and Mio back in 2007.

Mio Shirai: 4 Fun Facts About The Older Half Of The Shirai Sisters

Shirai Mio began her professional career in wrestling back in 2007 and was initially engaged in couple matches with her younger sister Io for various independent promotions such as Ice Ribbon, JWP Joshi Puroresu, and Pro Wrestling Wave. In June 2010 the Shirai sisters teamed up with freelancer Kana to form the Triple Tails stable, mainly active in the Smash federation.

The former Japanese wrestler always had her sister to back her up but after Io’s departure in 2011, Mio and Kana continued to perform as a tag team until 2014. Kana then decided that he would sign promotions with Ice Ribbon, Oz Academy, Pro Wrestling Wave and Union Pro Wrestling, prior to his retirement from competitions in September 2015 due to repeated neck injuries.

In September 2015, Shirai Mio announced her marriage to the fellow wrestler Tank Nagai,  whom she married the following month in Tokyo.

Mio Shirai’s husband who was born in 1984 is a former Japanese professional wrestler. Having belonged to the Ground Self-Defense Force, he has a good physique and is good at games centered on wrestling. When the debut was decided on October 14, the day before that, he became a strange Mohawk head and was amazed by the surroundings. Also, it became a hot topic that he was good at painting and was selling tickets at other organizations with handwritten posters even before his debut.

When teaming up with Kaji Tomato, Mio Shirai’s husband began to appear under the name Pumpkin Nagai. Perhaps this is why he formed a tag team with Yoshikazu Yokoyama of ZERO1 and has been active in many fields since In 2013. However, Tank changed his name once again to Sink Nagai at a voluntary performance by Asahi Oishi in the year 2014.

2. Tank Nagai and Moi have a son together:

The former wrestlers have a good reason to keep them from wrestling: a cute little baby boy who could have a future in the JPW. Their son was born in 2017, which makes him 5 years old in 2022.

Shirai Mio premiered together with her younger sister, with whom she chooses to adopt the ring-names of Mio and Io Shirai. Initially engaged as a freelancer, the Shirai sisters then become part of the Makehen stable, formed by students of Tomohiko Hashimoto and active in various promotions of the independent circuit such as Ibuki, Pro Wrestling Wave, JWP Joshi Puroresu and Sendai Girls’ Pro Wrestling.

4. Hitting it big with AJPW:

We all know the story that Io was already wrestling in high school and trying to become famous while studying at the same time. Since their small-time debut slowly saw the sisters grow into dominant forces, on October 19, 2018, Mio and Io make their debut for one of the largest Japanese wrestling federations, All Japan Pro Wrestling (AJPW), where they come out victorious in a tag team match against Kyoko Kimura and Mikado.

Between January and March of 2009, they also made several appearances for Pro Wrestling Zero, until then not known for the inclusion of female performers.

The following 29 April they conquered their first titles by beating Moeka Haruhi and Tomoka Nakagawa in the final of a tournament valid for the TLW (Totally Lethal Wrestling) World Young Women’s Tag Team Championship. Between July to November the 2 wrestling sisters were then engaged in the Ice Ribbon ring.

On November 12, 2009, the Shirai sisters make their entry into the Captain’s Fall Six Person Tag Team Tournament, a tournament induced by the Pro Wrestling Wave, together with Gami, but are defeated in the first round by the team composed of Ryo Mizunami, Ran Yu-Yu, and Toshie Uematsu.

Ryo Mizunami, Ran Yu-Yu, and Toshie Uematsu managed to get back into the game by overtaking Misaki Ohata, Moeka Haruhi, and Yumi Ohka in a repechage match that took place on the same day making the trio victorious.

On November 25th the sisters had better luck fighting Bullfight Sora, Cherry, and Kaoru in the semifinals and finally overtook Ayumi Kurihara, Kana, and Shuu Shibutani in the grand final of the tournament. On the following December 23, the Shirai sisters lost their TLW duo titles to Misaki Ohata and Moeka Haruhi.

The following year on June 9, 2010, Mio attempted a breakthrough by participating in that year’s Catch the Wave tournament but was eliminated from the competition after accumulating two draws and an equal amount of losses.

Other FAQs about Mio Shirai

What is Mio Shirai’s real name?

In the sister duo’s early years while managing to keep their real names secret since their beginnings in the wrestling world, Io’s true identity was revealed by the Japanese authorities in 2012 following her involvement in a court case.

However, Mio’s real name has never been leaked and even in Wikipedia it is not listed as it has remained a secret since its inception.

What are Mio Shirai’s body measurements?

As her birthday falls on February 14, 1988, she will be 34 years old in 2022 and older than her sister Io Shirai. Her birthplace is also Kamakura City, Kanagawa.