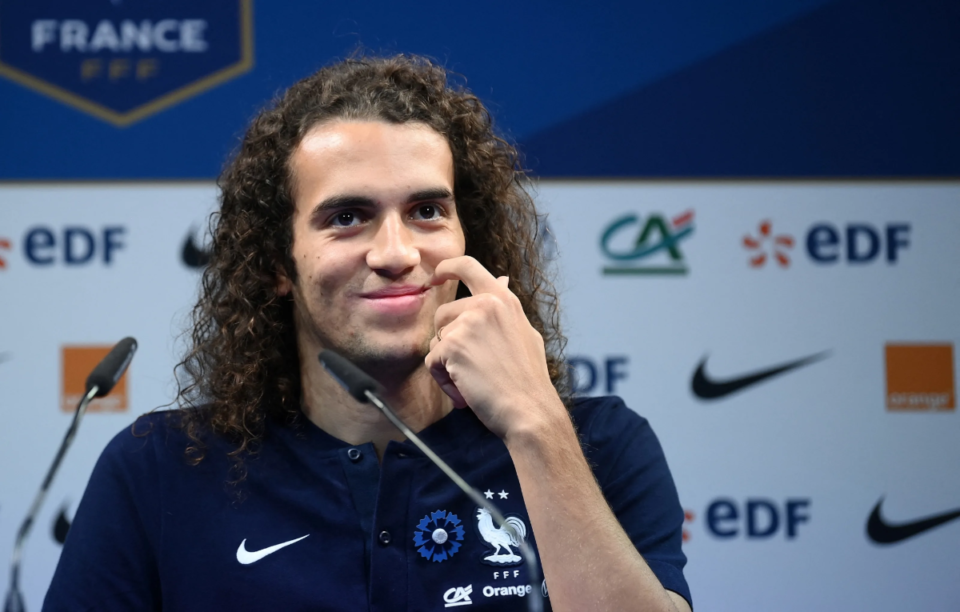 Matteo Guendouzi: All You Need to Know

How did Matteo Guendouzi arrive at Marseille?

It’s no longer a secret, Matteo Guendouzi had been eyeing Marseille and according to the news, the interest was mutual. Eventually, he would officially become a player for Olympique de Marseille, to the delight of Marseille fans, who were aware of what the 22-year-old Frenchman represented and what he could offer the team.

Already animated thanks to an interesting transfer window, OM’s next season promises great things for Olympian players, their supporters and also betting specialist players who should see strong possibilities for OM.

While Matteo Guendouzi played for Arsenal for some time, he really shined during his loan period at Hertha Berlin.

What kind of footballer is Matteo Guendouzi?

We have the annoying tendency to label the least player capable of producing impressive physical performances and to expose himself in both directions of the field as a box-to-box player. This British adage nevertheless sticks perfectly to the skin of the native of Poissy.

Comfortable with recovery and an outstanding defender, Guendouzi has made enormous progress in recent months in his ball protection.

Already at Arsenal, he had shown interesting penetrating abilities and a sometimes exquisite ability to distill the game against low blocks.

You will therefore have understood it for yourself, in the middle of the resolutely offensive device and carried by the fast play and the taking of space by Jorge Sampaoli, Mattéo Guendouzi could indeed find a place of choice. Its volume is impressive and combined with technical qualities of choice. He does not crack under physical pressure and is able to make the difference at the very end of the match, keeping his lucidity intact, which is decidedly rare at such a young age.

Adored by Unai Emery at the head of the Gunners, who was himself responsible for his arrival at the London club, Guendouzi experienced a more troubled and much less successful sporting period when Mikel Arteta arrived at the head of the club. Put in competition, in particular with Xhaka, Guendouzi gradually suffered a decline in his relationship with his coach, overwhelmed by his red card against Brighton at the start of the season, after a gesture of humor on Maupay.

If the gesture is not excusable, the image of this expulsion gives that of a loyal player, ready to defend the colors of his club, whatever happens.

Mickael Landreau shared the opinion of all the coaches who managed the midfielder who trained at Paris Saint-Germain during his younger years. The former Lorient coach led him for a season. According to him, his character is imposing every day but his performances on the pitch never let up. A state of mind that would have everything to please, alongside the virulent Argentine coach of the Marseille club.

So many favorable character traits in a club like Marseille. Guendouzi has the typical profile to be adored by supporters and to get along with coach Sampaoli. A story with Marseille seems inevitable and it’s a safe bet that the young midfielder will be very quickly praised for his aggressiveness, his motivation, and his infallible character.

Why did Matteo Guendouzi leave Arsenal?

Much to the chagrin of Gunners supporters, the Arsenal club did not seem to want to keep its nugget and was more focused on Mikel Arteta. With one year of the contract still in effect, it was time to start the process to eventually part ways with Guendouzi.

Matteo Guendouzi’s loan to Berlin was a success and his sporting arrangements throughout the season in Germany prompted many clubs to look into his case, Marseille in the lead.

No transfer compensation had yet been communicated by the London club, which remained as usual, relatively silent around negotiations concerning its players. Still, OM’s interest was real and understandable.

How has Matteo Guendouzi performed for the French National Team?

In the very short term, Guendouzi was able to integrate into the team’s project and carry its ambitions, on his very young shoulders.

In one week, Matteo Guendouzi had proven his qualities as a player on the pitch, whether with Olympique de Marseille in Ligue 1 or with the French team of Didier Deschamps during the international break. The opportunity to review the progress that the Marseillais have made until today.

After scoring his first goal with the Blues of Didier Deschamps, against South Africa (5-0), Matteo Guendouzi was also decisive in the match between AS Saint-Etienne and Olympique de Marseille (2 -4).

How has Matteo Guendouzi performed at Olympique Marseille?

Since his arrival at the Marseille club, the former Arsenal midfielder has shown a lot of progress since the start of the season. Matteo Guendouzi, who trained in Lorient, had a rather difficult start with his first club. In two seasons (2016-2018), he played thirty games (24 starts), without having scored a single goal.

The young man from Lorient then decided to think bigger. He left for England after being recruited by Arsenal. A transfer to eight million euros. From 2018 to 2020, Guendouzi played most of the matches, whether in the Premier League or the Europa League. His effectiveness, however, came down to one goal scored in the 2018-2019 season. However, he was struggling with playing time and was getting frustrated sitting on the bench.

Arsenal loaned him to Hertha Berlin (Germany), in the Bundesliga. A one-year loan, with no purchase option. It was then that Matteo Guendouzi really started to unlock his potential. In 24 games, including 19 as a starter, he scored two league goals.

Matteo Guendouzi arrived on loan to Marseille in July 2021. It was the beginning of success for Guendouzi, but also for the Marseille club which was having a remarkable 2021-2022 season. 2nd in the Ligue 1 standings, behind PSG, OM intended to punctuate the revival in fortunes by booking a berth in next year’s Champions League.

Guendouzi’s debut in the Marseille jersey was quite promising. Matteo Guendouzi became an indisputable starter in Jorge Sampaoli’s group (41 starts in 44 matches). Progress was being felt: he scored four goals, including one in the Europa League Conference (C4), and delivered ten assists. Elated by his performance, Matteo Guendouzi said: “I am on a good momentum at the moment. I manage to be more decisive than I have been able to be in the past. This is something very positive for me.”

How much did Marseille pay for Matteo Guendouzi?

After Guendouzi’s loan period expired, Marseille activated the option to buy clause and signed him to the team for a reported cost of 9 million pounds. Once the amount is settled, Mattéo Guendouzi will be officially transferred to the Marseille club.

“Guendouzi is a modern midfielder, box to box with a lot of volume and technical qualities”. This is what Didier Deschamps, the current coach of the French team, said during a press conference in September 2019 and this is perhaps what best sums up Mattéo Guendouzi, even almost 3 years later.

Modern, with volume, technical quality, box to box, this is the jargon to use when talking about Mattéo Guendouzi.

From the age of 6 to 15, Mattéo Guendouzi was in pre-training at Paris Saint-Germain. However, it was at FC Lorient that he found his place. He joined the Merlus in 2014, gradually gaining his place until becoming the revelation of Ligue 2 at the end of the 2017-2018 season. Following some internal disputes, he did not renew his contract at FC Lorient, the club where he played his first match in Ligue 1 against FC Nantes, and it was Arsenal who smelled the good shot by signing him free.

Under Unai Emery, he played in the 2018-2019 UEFA Europa League final, losing 4-1 to Chelsea. But that was before meeting Mikel Arteta who did not trust him.

“Last season, Matteo Guendouzi was the trigger for Marseille’s highlights. When he saw his team in difficulty, he knew how to take on the role of both technical and psychological leader.

This psychological leadership he acquired very early on was evidenced by the interview with Régis Le Bris (his former coach in U17 NAT at FC Lorient) who described his behavior before a final against Paris Saint-Germain for the title of Champion of France. “Every day, at the center, in training, he kept saying, ‘We’re going to do it! We haven’t been champions since”.

Some players lead by words, some by aggression, but a lot of players have little influence on the game of their team, but we do not include Matteo Guendouzi among them.

He projects himself, finds the key passes, progresses with the ball at his feet and also shows remarkable defensive solidity.

Regarding Matteo Guendouzi’s ability to find that pass that breaks the line of pressure and puts his teammate in the best condition, we can note that he is at 2.4 passes per game leading to a shot attempt. This is more than 89% of Ligue 1 midfielders in the 2021-2022 season and better than all Olympique de Marseille midfielders except Dimitri Payet. This allowed him to have 5 assists this season in Ligue 1.

Beyond his qualities with the ball (as of 02/07/22 he is in the 4% of Ligue 1 midfielders with the most ball-to-foot overlaps in the final third with 2.54/match), Mattéo Guendouzi also has a great header, helped by his 1.85 metres stature, especially from a corner.

Helped by the quality of the center of Dimitri Payet, he is often at the near post and often sought after in this area. Evidenced by his goal against FC Lorient on 10/17/21 in the victory of Olympique de Marseille’s 4 goals to 1.

Recently, during the crushing victory of Olympique de Marseille over Angers SCO 5 goals to 2, Matteo Guendouzi, on the 1st Marseille goal, was of great importance. He finally delivered the decisive pass, but it’s all the action that is to be watched. It is symbolic of the qualities of this player and highlights all that he is capable of doing on the pitch:

Under the orders of Jorge Sampaoli, he seemed to adapt perfectly to the different variations that the Argentinian technician is able to run. We saw Guendouzi able to come and bring offensively, to occupy the interval, but his coach asked a lot of him to come and occupy the line of 3 behind to allow a central to deviate. And Matteo Guendouzi does it very well.

What does the future hold for Matteo Guendouzi?

The form of Guendouzi at the end of the season will surely be the main factor in the qualification or not of Olympique de Marseille in the Champions League. The Frenchman, who already has a selection, could also come and play spoilsport in the middle of the France team and win his place for the 2022 World Cup. Anyway, Matteo Guendouzi is now in the club that suits him perfectly, he feels loved and his passion fits very well with the fire of the Stade Velodrome.

Shaun White’s Net Worth: Is He The Richest Snowboarder In The World?