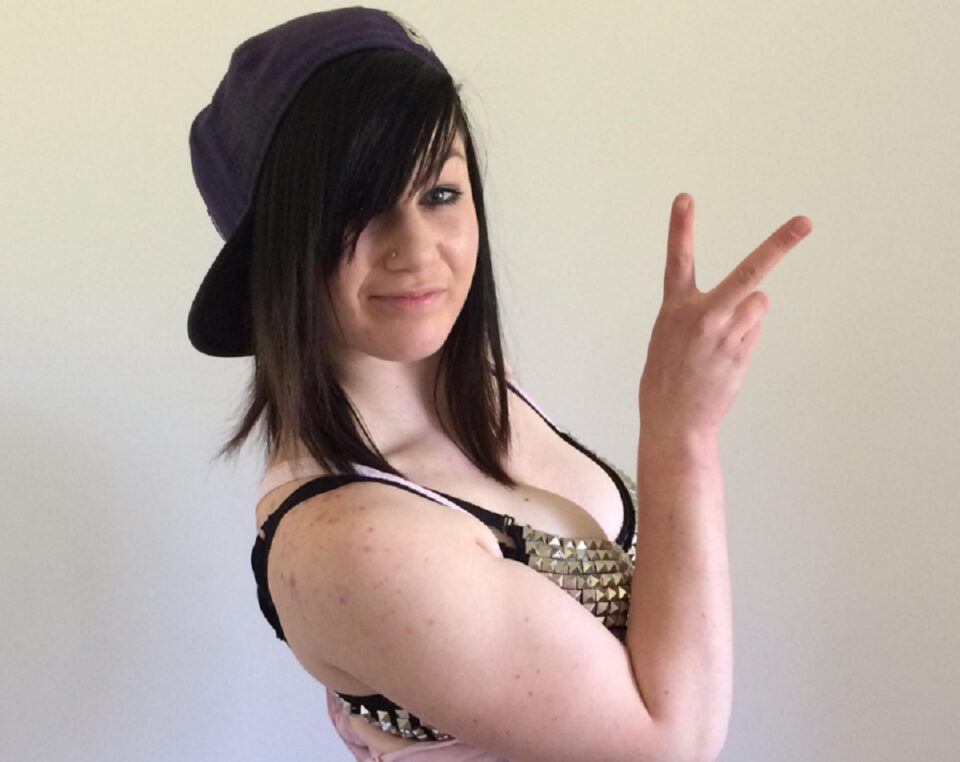 Only 11 months ago, Bea Priestley was announced as WWE’s newest recruit. But how did she get here despite traveling the world, from Britain to Japan to America? Let’s look at this female wrestler’s illustrious career!

Bea Priestley’s Career Throughout The Years! (Indie To WWE)

Who is Bea Priestley?

Bea Priestley, 25, is a British fighter who has excelled on the independent scene, Japan and All Elite Wrestling in recent years. She highlights her career in STARDOM, where she was World Of Stardom champion for almost half a year. She also won the Goddess Of Stardom Championships with Jamie Hayter and Konami, and the Artist Of Stardom Championship. On October 16, 2020, Ella Priestley made her first appearance for New Japan Pro-Wrestling, where she interfered in Will Ospreay’s match against Kazuchika Okada. Recently, in the New Japan Cup Final, Ospreay betrayed Priestley, her real-life partner, by knocking her out with the OsCutter after winning the cup and facing Kota Ibushi. That was her last appearance in the company and Bea Priestley recently left STARDOM after failing in her attempt to win the company’s top championship. It should also be noted that her last appearance in a ring was after the final of the New Japan Cup 2021, where her own partner Will Ospreay expelled her from the United Empire stable by applying an Os-Cutter and saying that she did not need it in his career towards the max gold.

Beatrice St. Clere Priestley came into this world on 22 March 1996. Better known by her ring name Bea Priestley, this English-New Zealand professional wrestler, is known for her appearances in All Elite Wrestling, Wrestling, World of Sport Wrestling, Defiant, and Progress Wrestling. At the New Zealand Wide Pro Wrestling development facility Priestley began training under Travis Banks and debuted for the company as Amy St. Clere when she was 16 years old. She also wrestled for Impact Pro Wrestling as Beatrice Priestley After four years, and Hughes Academy as Tammy Leigh.

Beatrice St. Clere Priestley aka Bea P would primarily compete in six-man tag team matches and would even feud with Millie McKenzie.

Bea then debuted for What Culture Pro Wrestling (WCPW) on July 27 at Loaded #5, losing to Nixon Newell, but defeating Newell the next day. On August 24, Priestley and Newell met once again, this time in a Last Woman Standing match to crown the first ever WCPW Women’s Champion, won by Newell. The future Blair Davenport unsuccessfully challenged Newell once more at Loaded #19, this time by disqualification. After the match, Blair Davenport’s stablemates at the Pacitti Club, The Swords of Essex, put Newell out of action and Priestley stole the title from her, declaring herself “the true women’s champion”. The future Blair Davenport lost the stolen WCPW Women’s Championship to a returning Newell at WCPW True Destiny in February, who had replaced Tessa Blanchard in the match. A day later, Blair Davenport regained the WCPW Women’s Championship, defeating Nixon Newell in a No Disqualification match.

On June 16, 2017, the future Blair Davenport was unable to compete and her replacement, Viper, lost the title via pinfall to Kay Lee Ray. Since then, she would feud with Viper until the final episode of Loaded, where the female wrestler defeated Viper to end the feud. On June 17, 2018, the future Blair Davenport defeated Millie McKenzie to regain the Defiant Women’s Championship. On December 3, 2018, the English Newzealand wrestler lost the title to Kanji in a gauntlet match involving Kay Lee Ray, Little Miss Roxxy, Lana Austin, and Millie McKenzie.

It all started with a verbal dispute between Seth Rollins, star of WWE and Jim Ross commentator of AEW. But it ended with a Becky lynch threat to the female dressing room of this second company. The Raw Champion is clear that she could end each of her and every one of her fighters. Bea Priestley, the most controversial spoke to a magazine responding with: “ By the time they offered me a contract (for NXT UK), I knew that Piper (Niven) and Kay Lee (Ray) had signed. That’s why I thought they would never pay too much attention to me, because they had signed two of the best fighters in the UK. So they were going to sign me for the half poster and it was going to take a while to let me know. Then I thought: ‘I want to get more experience, I want to fight in Japan, there are many more things I want to do before’. And I think that was the best decision for me”.

“I believe that Becky Lynch is one of the most charismatic women in history, but I think people forget one thing about AEW girls. We have not trained at the WWE Performance Center, we have not been preparing to fight on television. They have thrown us directly to the screen, having to learn everything that means in front of millions of people. I myself have been at the bottom of wrestling and have always managed to get up, but it is a lot of pressure. I think as long as the women’s division continues to do what we are doing, although it is soon, we will show that we are talented and that we can live up to it”.

Bea Priestley never fought in the United States before AEW:

Although she had juicy offers from NXT UK, she was inclined to the new brand that is sweeping wrestlers and Bea Priestley, who is making a career in STARDOM in AEW commented on what happened with Sadie Gibbs in All Out and her work on Japanese land. She highlights the benefits of fighting on both lands, saying:

“Basically, AEW tells me what dates they need me on and I fly to the United States for the event. Since Dynamite airs on Wednesdays and STARDOM shows are usually on the weekends, I’m doing great. I’m able to work at both companies seamlessly and without missing a thing……I think that working in AEW is a very enriching experience. It’s something I haven’t done before. I had never fought in the United States before AEW, and it was one of the questions that my followers asked me the most, when was I going to make the jump to the other side of the Pond. However, I wanted to do it the right way, at the right time. On the other hand, in Japan I have the opportunity to face some of the best fighters on the current scene. To learn from his experience and style, which I love. So I feel like I’m getting the balance between learning to work for television. Fight in a different style than usual in North America.”

All Elite Wrestling and Bea Priestley parted ways in August 2020:

Bea was part of AEW between February 2019 and August 2020, although she only played eight fights with the company due to the pandemic, which is why she left the company of Tony Khan.

The Khan family company decided to break Bea Priestley’s contract due to the fighter’s limitations to travel in times of covid-19. The fighter returned to Japan to work in Stardom, a company she joined in 2017, and to participate in NJPW where she has appeared regularly since the creation of The Empire. As Chris Jericho hinted, Bea and All Elite Wrestling ended their relationship on good terms and Jericho himself left a door open for his possible return. A return that could occur when the conditions due to covid-19 vary. Bea Priestley offered a question and answer session on her Instagram account and on two occasions she stressed her desire to return to AEW programs at some point.

“I keep talking to All Elite Wrestling and we had a lot of plans before the lockdown started. Unfortunately I will not be able to return to America until I reopen my visa application.”

Bea Priestley’s last match at All Elite Wrestling was on March 11, 2020, just the company’s last show before the pandemic. Priestley teamed with Nyla Rose to take down Kris Statlander and Hikaru Shida. After the match, Bea attacked Nyla, who at the time was the company’s women’s champion to close out the women’s segment by posing with the company belt, hinting at a future match against Nyla that never happened.

But all’s well that ends well because Priestley made her debut appearance for New Japan Pro-Wrestling, where she interfered in her boyfriend Will Ospreay’s match against Kazuchika Okada at G1 Climax on October 16, 2020, and then the WWE would come calling.

Bea Priestley said goodbye to Stardom after her last match:

On June 24, 2021, it was reported that Priestley signed a contract with WWE after her defeat, Bea Priestley surprised locals and strangers by announcing through tears that this had been her last match in Stardom and also said goodbye to Japan. After her statements, she hugged her opponent and Momo Watanabe, who accompanied Utami and who had also been her enemy until now. Bea Priestley had been part of World Wonder Ring Stardom since October 2017. There she has won the Goddesses Of Stardom Championships twice, once with Jamie Hayter and once with Konami. She also won the SWA Women’s Championship. The Artist Of Stardom of Trios with Natsuko Tora and Saki Kashima. And also the World of Stardom Championship once.

WWE rumors had been insinuated about Bea’s future after Stardom, although it should be remembered she didn’t talk about it due to the way WWE makes its contracts so secret. It certainly looks like the NXT UK brand will be putting Priestly on their roster soon.

WWE is always looking for a good fit in their roster and they have their eyes on someone who was released by AEW during the pandemic. Priestley signed a contract with WWE, where the vignette aired promoting Priestley’s arrival on the brand with her new ring name revealed as Blair Davenport.

WWE introduced her as the upcoming NXT UK female roster although the true identity of the person behind Davenport was not shown, rumors already suggested that she could be the six-time STARDOM champion and former AEW fighter, Bea Priestley. Finally, during the broadcast of a new weekly NXT UK program, it was confirmed that the reports were true and Priestley is now part of the ranks of the British WWE brand.

Through a video released during the broadcast of NXT UK July, Blair Davenport appeared again on the brand to reveal her true identity. Bea presented herself as the fighter behind this pseudonym, claiming that she joined WWE after having sacrificed everything, including her friends and family.

We still do not know when we will see her in action in the strings of the McMahon company.

Where is Bea Priestley now?

Blair Davenport aka Bea Priestley is currently signed to WWE, where she performs on the NXT UK brand under the ring name Blair Davenport. From 2017 to 2021, she wrestled for World Wonder Ring Stardom and also made appearances in New Japan Pro-Wrestling serving as Will Ospreay ‘s valet. Since then, Priestley had multiple victories to earn a shot at the NXT UK Women’s Championship against champion Meiko Satomura on January 6, 2022, but failed in her attempt. She received a rematch for the title at a Japanese Street Fight on February 3, but during the match, Priestley rolled her ankle legitimately injuring her. The referee would stop the match, causing Satomura to retain the championship from her.

Greg Hamilton: Is He Still In The WWE? What Happened To The Announcer?