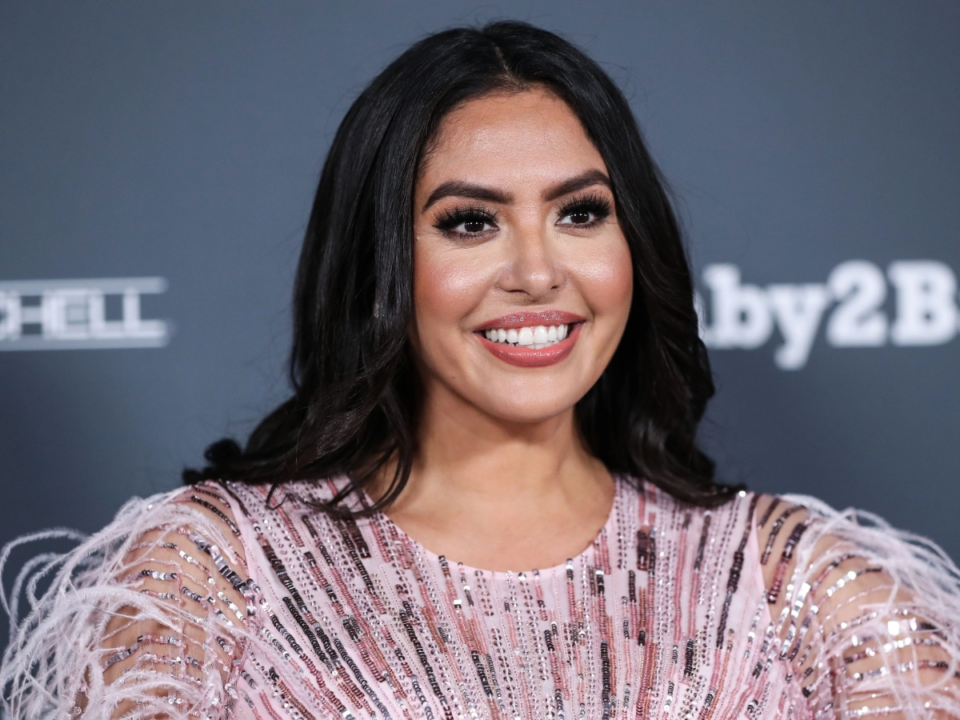 Two years after the death of basketball legend Kobe Bryant and his daughter Gianna, his wife Vanessa Bryant remembered him with a beautiful photo where he appears with his eldest daughter Natalia. The wife of the NBA star has tried to overcome the loss of Kobe along with her other three daughters: Nataian, Bianka and Capri since January 26, 2020 when the basketball player died along with her daughter in a helicopter accident. Since then, Vanessa Bryant has faced several legal battles against the company that owns the helicopter, with the person who spread the bodies of her daughter and her husband, which she considered a lack of respect for her right to privacy by eight sheriff’s agents. In this post, we will take a brief look at Vanessa Bryant’s net worth and her life since the untimely demise of Kobe Bryant. Let’s get started.

Vanessa Bryant Net Worth: All You Need To Know

Who is Vanessa Bryant?

Vanessa Cornejo Urbieta, now known as Vanessa Bryant, was born on May 5, 1982 in Huntington Beach, California. Her mother is Sophie Laine, a woman who raised her two daughters on her own after her divorce from their father. In 1990, Sophie Laine was married to Stephen Laine, whose surname Vanessa adopted a few years later.

How was Vanessa Bryant’s childhood?

Vanessa Bryant is of Mexican, Irish, German, and English descent. From an early age she was inclined towards sports and the arts, joining the cheerleading team at St. Boniface Parochial School, where she began her high school studies in 1996, culminating in transferring to Marina High School in Huntington Beach, California, from where she graduated with honors in 2000.In her adolescence, Vanessa Bryant stood out for having exemplary behavior, as well as for leading a private life extremely controlled by her mother, who gave her an arrival time and asked her to report every hour every time she left home.Vanessa not only had to check in periodically, but also had to go out accompanied to have the approval of her mother, who considered it dangerous for her daughter to go out to parties alone.

Despite this situation, Sophie Laine had no qualms about accepting her daughter’s relationship with basketball player Kobe Bryant and did not hesitate to approve of the young people’s marriage despite being engaged within just six months of meeting.In the professional field, Vanessa decided to pursue her passion for dance, participating in music videos of great artists such as Snoop Dogg, Tyrese, Ludacris and Pharrell. She also did a lot of modeling work.

Vanessa Cornejo met Kobe Bryant Bryant in 1999 when she was 17 years old and the budding NBA star was 20, during the recording of a music video in which Cornejo participated as a dancer.The music video in question was for Tha Eastsidaz’s G’d Up. On the recording, the set was Bryant, who is believed to be about to release an album that was ultimately not released.

There, the NBA player saw Vanessa for the first time, and the crush was mutual, so in a matter of days they began to go out and meet each other in a row, culminating in a courtship that would soon become a long story of love between the two.In the year 2000 the couple got engaged, marrying in a catholic ceremony on April 18, 2001.The controversy surrounded the young married couple, as Bryant’s immediate family expressed their disagreement with the union. Some media came to ensure that the Bryant family did not approve of Vanessa because she was of Latin descent. Although this has not been confirmed, it is a fact that the player’s parents did not attend the religious ceremony or congratulate the couple publicly or privately. This meant a distance between Kobe and his parents, which ended with the birth of Bryant’s first born, Natalia, in 2003.

When did Vanessa Bryant become a mother for the first time?

In 2003, Vanessa became a mother for the first time, when she gave birth to her daughter Natalia Diamante. In 2005 she had an ectopic pregnancy that led to an abortion; however, in 2006 her daughter Gianna Maria-Onore was born, who would inherit her taste for basketball from her father, becoming a star player at the school where she was studying.2016 and 2019 marked the birth of their youngest daughters, Bianka Bella and Capri Kobe, who was only a few months old at the time of her father’s death.

What controversy were Kobe and Vanessa Bryant involved in?

Although his professional life enjoyed great prestige, Kobe Bryant could not escape the controversy, and in 2003 he was accused of sexual abuse by Katelyn Faber, who claimed that the player had sexually abused her while he was staying at a hotel located in Eagle, Colorado.Although he was not imprisoned, the player admitted having sexual relations with Faber, which he claimed were consensual.

After offering a public apology, in 2004 the charges of sexual abuse were dropped. At all times, Vanessa Bryant was united with the Lakers legend and publicly showed support for her husband and the father of her daughters.

Did Vanessa Bryant file for divorce from Kobe Bryant ?

In 2011, Vanessa Bryant began divorce proceedings, alleging irreconcilable differences, which caused both Vanessa and Kobe to agree to share custody of their two daughters at that time.After a series of events that have not come to public light, the couple agreed to put aside the paperwork for their separation and from that moment they showed themselves as a solid marriage that had left behind their past differences. However, this is what the Bryants presented to the public and as it is with celebrity lives, the truth of their relationship could be something completely different.

How did Kobe and Gianna Bryant die?

On the morning of January 26, 2020, Kobe Bryant, his daughter Gianna and six companions undertook a flight aboard the Sikorsky S-76 helicopter, registration N72EX, piloted by Ara Zobayan, an experienced pilot of Armenian origin who used to transport different California celebrities.The helicopter took off at 9:06 am at John Wayne Airport in Orange County, California, under weather conditions that were reported as adverse by different aviation experts.Minutes after takeoff, and after circling for several minutes over Glendale County, California, the helicopter carrying Bryant crashed minutes before 10:00 am in the mountains of Calabasas, California.The first reports indicated that the athlete was with his wife and three of his daughters; however, after a few hours it was confirmed that Bryant’s only relative traveling with him was his 13-year-old daughter Gianna.The Los Angeles Fire Department arrived at the scene, who found that none of the passengers had survived the mishap.

What was Vanessa Bryant’s issue with Kobe Bryant’s crash site?

the dead children, their parents and the coaches. The agents captured these snapshots for their own personal gratification,” she mentioned. In addition, Vanessa Bryant also filed a lawsuit for economic losses after the death of “The black mamba”. Kobe’s wife also insisted that the pilot of the helicopter was negligent by not checking the weather conditions before taking off since there was fog on the day of the accident, in addition, the same pilot had already committed a similar incident.

What is Vanessa Bryant doing today?

Today, Vanessa Bryant is in charge of the Mamba & Mambacita Sports Foundation, which receives donations to award scholarships that encourage the participation of girls and young people in basketball.

What is Vanessa Bryant’s net worth?

Vanessa Bryant’s current net worth is a staggering $600 million. Most of her astronomical net worth comes through the money earned by her late husband during his prolific basketball career. Vanessa Bryant worked as a model before she married Kobe Bryant. However, after she got married to Kobe Bryant, Vanessa Bryant spent the majority of her time with her daughters, taking care of them and raising them. Ever since her husband, Kobe Bryant’s demise, Vanessa Bryant has handled the Mamba and Mambacita FOundation as well. She also delivered a very moving speech during Kobe Bryant’s Hall of Fame Induction Ceremony. He was inducted into the Naismith Memorial Basketball Hall Of Fame along with other legends like Tim Duncan and Kevin Garnett.