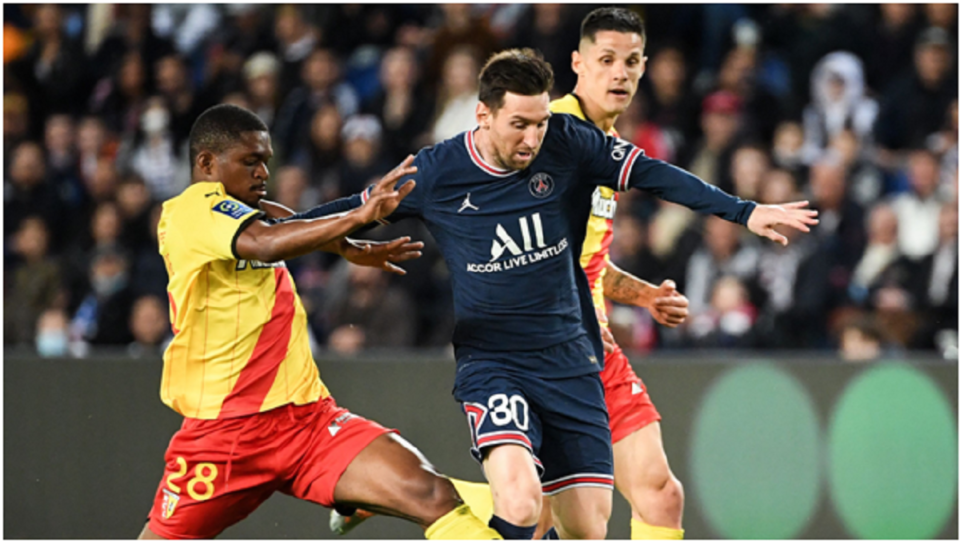 Walking in the shoes of his illustrious predecessor, Diego Maradona, Lionel Messi has become a footballing legend. A key player in today’s football scene, the Argentinian football player does not escape the game of nicknames either. Superstar Lionel Messi, who entered one summer from FC Barcelona, has been nicknamed La Pulga for many years. But where does this nickname come from and what does it mean? Keep reading!

La Pulga: Reasons Why Lionel Messi Got This Nickname

Impressive performances on the pitch that earned him many nicknames, La Pulga can be seen as an allusion to his small size and the liveliness of his dribbling (the ability to “bounce” off opposing players): while we believe he is being countered by a defender, he often manages to finally find space and escape towards the opposing goal.

Growth issues have long crippled Messi. At 10, he suffered from hypopituitarism, which is a partial deficiency of growth hormones. As a consequence, Messi does not grow like children his age. He even looks much younger than the other children on the football pitch, mainly because of his small size and frail build.

Despite this problem, his athletic performance allowed him to catch the eye of FC Barcelona in 2000. The Spanish club then decided to take charge of the treatment that would allow Lionel Messi to gain centimeters.

The “Pulga” has finally grown up and now measures 1m70.

We must go back to November 27, 2005, to find the origin of this nickname. During a match in the Spanish championship against Racing Santander, Lionel Messi scored one of his team’s goals in a classic move.

It’s a habit with Lionel Messi: While we often think he’s on the verge of being countered and losing the ball, he manages to get rid of a complicated situation, find a space, and run toward the opposing goal. An achievement that excited an Argentinian journalist present in the stands of Camp Nou, who chose to nickname it the footballer “Pulga”. An allusion to his small size, his vivacity, and his ability to “bounce” on opposing players.

His family also called him the nickname La Pulga:

But you should know that this nickname is even older because it was already used by members of his family when Messi lived in Argentina. His two big brothers Rodrigo and Matias called him “Pulguita”, because of the problems of growth of the Argentine genius.

Born in Rosario on June 24, 1987, Lionel Messi is an introverted kid with little passion for studies. But on the football field, it’s a whole different story. A fervent supporter, his grandmother Célia enrolled him at the age of five in the local club of Grandoli where his father was a coach and where his brothers played as players. Despite the reluctance of the club coach because of the small size of the young Lionel, he achieves prowess against the other taller and older players. Very quickly, he became the star of the neighborhood and the inhabitants flocked every weekend to admire the exploits of this genius as tall as three apples.

In 1995, at just 8 years old, Leo Messi joined a big club in the city, Newell’s Old Boys. Between dribbling, passing and other footwork, the little Argentinian is already impressing football leaders. But at 9 years old, he only measures 1.10 m, a height well below the normal growth curve, this anomaly earning him the nickname of El Enano (the Dwarf).

At the age of 11, he was diagnosed with hormonal failure which prevents him from growing. The treatment of this disease, without which Leo will not grow taller than 1.50 m in adulthood, is extremely expensive. After two years of treatment, growth hormones are no longer funded by the Acindar Foundation because of the economic crisis that is undermining the country. Many Argentinian clubs are interested in the young prodigy but are reluctant to pay the heavy medical costs that come with him. Only FC Barcelona agrees to pay for his treatment.

FC Barcelona decided to water the seed within Messi:

After only FC wanted him, Leo and his family left Argentina for Spain in 2000. He made spectacular progress and beat all the scores in the various youth categories, thus confirming his status as a footballing star. He made his debut in the first division on November 16, 2003, in a friendly match against FC Porto. A year later, he played his first official match against RCD Español de Barcelona and became, at 16, the youngest Barcelona player to take part in a first division match in the Spanish league. A few months later, on May 1, 2005, he set a new record by scoring his first league goal against Albacete Balompié at just 17 years, 10 months and 7 days old.

In June, he put on the jersey of the Argentine national team for the first time, in the under-20 category, in a friendly match against Paraguay. Over the years, the Argentinian became the footballing leader of a Barça team that had never been so strong.

He is also called “Leo” and “Messiah”:

Another nickname for Messi is Leo, a shortened form of his full first name ( Lionel ) which is used informally by football personalities, teammates, journalists, and supporters.

But according to his father, little Lionel was called Leo for the fact that he “transforms” when he touches the football.

The FC Barcelona striker is also called the Messiah, a direct allusion to his surname.

The best part about being La Pulga:

Although Messi is widely regarded as one of the most technical players of the modern era of football, he often takes his opponents and new football viewers by surprise thanks to his style and size. In fact, Leo’s incredible ability to dribble and take his opponents by surprise is praised by his peers and the media.

Fellow footballer Maradona describes his ball control to be impeccable. “The ball stays glued to his foot; in my career I’ve seen great players, but I’ve never seen anyone with Messi’s ball control”.

But there is a performance glitch when he plays for his national team according to some critics.

“When he plays at FC Barcelona, ​​Lionel Messi is not the same as with Argentina. With the national team, it’s another Messi”, said Pele.

Nevertheless La Pulga (small as a fly who can squeeze into any space) is recognized as one of the greatest football players in the world, all generations combined.

Lionel Messi’s track record is nothing short of impressive:

In 2006, Messi won the La Liga (Spanish League) and the Champions League with his club. The same year, he took part in the World Cup, becoming the youngest Argentine player to participate in this world-class football event. Argentina is eliminated in the quarter-finals.

In 2007, at only 20 years old, he was the best striker and a key element of Barça with 14 goals scored in 26 league matches. During the Beijing Olympics in 2008, Leo Messi captained Argentina and won the gold medal with his team. In the 2009–10 season, Messi scored 47 goals in all competitions, equaling Ronaldo’s record at Barcelona. La Pulga progresses each season and smashes its own records.

In 2010, he played in a second World Cup as number 10 and helped Argentina reach the quarter-finals, but the Albiceleste, unfortunately, lost 4 goals to 0 against Germany. Messi admits he despairs ever playing in a World Cup final, the last remaining event to go down in footballing history. One of his idols, the Brazilian Pelé, was part of the winning team three times in 1958, 1962, and 1970.

At the end of 2011, he was elected personality of the year by Time  magazine. He is also the only athlete to be nominated on a list of 32 personalities. In 2012, Messi became a legend by breaking the world record for the number of goals scored in a calendar year. He ended 2012 with a total of 91 goals in the colors of Barça and the Argentine national team and thus beat the record of 85 goals of the German Gerd Muller and that of 75 goals of Pelé in 1958.

That same year, he refused a golden contract in Russia. The 2012 top scorer is thus offered 3 times his salary, or 30 million euros per year, for a three-year contract which would have made him the highest paid player in the world. The club whose name remains secret was also ready to pay the release clause, set at 250 million euros. However, Messi refuses and shows his allegiance to FC Barcelona by extending his contract until the end of 2018.

On January 7, 2013, he received his fourth consecutive Ballon d’Or ahead of his lifelong rival Cristiano Ronaldo. Captain of the Albiceleste during the 2014 World Cup, the player took his teammates to the final which ended in a one-goal defeat against Germany after extra time. Despite losing the final, Messi is named the tournament’s best player.